Our pre-release offer ofÂ Â£730.00 per 6*75cl case under bond sold out very quickly.
Email if you would like to be wait-listed for the main release of Louis Roederer Cristal 2008 later in the year, likely September.

Describing Cristal 2008 as “the most Cristal of Cristals”, Chef de Cave Jean-Baptiste LÃ©caillon likened it to two past vintages of outstanding quality: 1988 and 1996. All three vintages had similar climates: cool, dry summers, which bought lots of freshness. “It is less austere than 1988 and more balanced than 1996,” LÃ©caillon added.

LÃ©caillon has previously told us that 2008 is the product of lessons learned in 1996. The 1996 vintage was hailed as one of the best of the previous century for its high acidity, however phenolic ripeness – which was not there in 1996 – has since been proven to be key in helping champagne age.Â “We picked a week too early in 1996,” LÃ©caillon said.

When 2008 started to show the same climatic pattern as 1996, LÃ©caillon was determined not to make the same mistake again and made sure he picked later and riper. He also used 20% oak fermentation in 2008 to give sweetness and allowed 16% of the wines to go through malolactic fermentation, whereas no malo was done in 1996. Put simply… “2008 is the 1996 of our dreams,” LÃ©caillon said.

Cristal 2008 also spent two more years ageing in the bottle than previous releases – 10 years in total, with 9 years on the lees – as it needed time to calm down its acidity. Further, even though 2008 wasn’t a particularly warm year, LÃ©caillon reduced the dosage to 7.75 g/L – the first time the house have gone below 8 g/L. This was partly due to biodynamic practices – 40% of the Cristal parcels were farmed biodynamically in 2008 – and partly due to the base wines having more texture.

So, is this this best Cristal ever? Well, LÃ©caillon isn’t the only one who thinks so – the critics have unanimously agreed. Most have given it their highest ever score for a Cristal vintage on release and many have already awarded it full points: 100/100. Stunning now and with almost endless ageing potential, this is a champagne that comes around once in a lifetime. 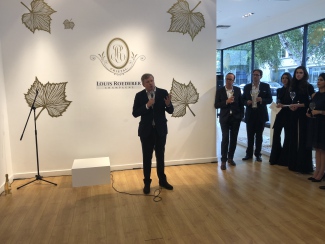 Jean-Baptiste LÃ©caillon introduces “the most Cristal of all Cristals” 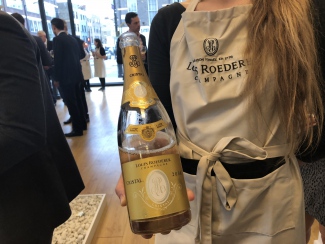 Many critics have already given Louis Roederer Cristal 2008 a perfect score: 100/100 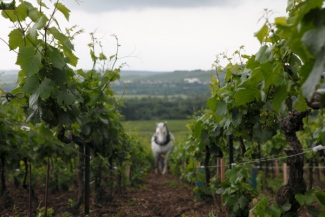 40% of vineyards were biodynamically farmed in 2008 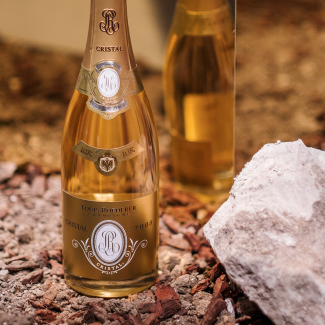 “I looked at it with a deep emotion yesterday evening in London… in my 30 vintages at Louis Roederer it is…. probably… the most Cristal of all Cristals!” – Jean-Baptiste LÃ©caillon, Chef de Cave