A Gold+ rated vintage, 2012 was an exceptional year. The season began unremarkably: a mild and dry winter with a cold snap in early February was followed by cool and rainy weather at the beginning of spring. The first noteworthy weather events arrived in April and May, during which Pol Roger reported five spells of frost and hail, two of which heavily damaged the vineyards, which led to significant variation in grape development.

However, hot and sunny weather from late July all the way through to September facilitated excellent grape maturity, producing favourable acidity levels and perfectly healthy bunches at harvest. The damage caused in spring resulted in low yields, but the near-perfect climatic conditions during summer produced grapes of excellent health. The Pol Roger harvest lasted from 10th-26th September and the resultingÂ crop showed a potential average alcohol content of 10.6Â° and a total acidity of 7.8 g/l.

Despite only a handful of 2012 champagnes arriving on the market over the last year, the vintage has already been written about in glowing terms by champagne critics. In terms of quality, many believed it to be equal to, if not better than, the now legendary 2002 and 2008 vintages.

We tasted bothÂ Pol Roger Brut Vintage 2012Â and the recently released Pol RogerÂ Blanc de Blancs 2012Â at the Pol Roger Portfolio Tasting in London. Both have an exceptional purity characteristic of the vintage, fresh and elegant with an abundance of ripe fruit flavour, perfectly balanced throughout with a light refreshing finish. Although very young, their potential is clear: sublime now and will age gracefully for many years to come.

To celebrate the launch of Pol Roger Brut Vintage 2012, we have an exclusive release offer of Â£340.00 per 6*75cl case under bond (Â£428.60 including UK taxes) valid until Friday 12th April 2019. With such favourable reviews, we are anticipating keen interest and expect this small release, whichÂ will be under strict allocation, to sell out quickly. 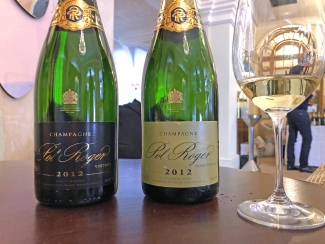 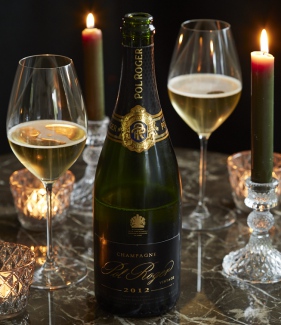