Sir Winston Churchill’s relationship with Pol Roger dates back to 1945 when, during a luncheon given by the British ambassador to France after the liberation of Paris, Churchill met the charming and captivating Odette Pol-Roger. A friendship began which, indulged by his wife Clementine, lasted until his death in 1965. Each year on his birthday, Odette would send Churchill a case of vintage champagne. So close was his relationship with the family that upon his death, Pol Roger put black-bordered labels on all of their bottles destined for the UK. In 1975, Pol Roger went one step further and named their prestige cuvée after him, producing it in the robust and mature style that he liked so much. The exact composition of this cuvée is a family secret but it is likely that Pinot Noir dominates 70-80% of the blend with the remainder being Chardonnay. The grapes are all from Grand Cru vineyards which were under vine during Churchill’s lifetime.

At the launch event, held at a Mayfair gallery, Hubert de Billy, fifth member of the Pol Roger family and director, began with describing “2009 is a great vintage, very drinkable, strong, powerful. If 2008 was a vintage for collectors, 2009 is a vintage for drinkers. It’s so that the people who want to age 2008 have something decent to drink”. James Simpson MW, Managing Director of Pol Roger UK spoke fondly of the bond that Sir Winston Churchill had with Pol Roger Champagne. It is estimated Churchill consumed 42,000 bottles (2 bottles/pints / day – Champagne destined for the UK used to be bottled in pint sizes, unlike 750ml today) however, this is habit ‘seemed almost tame’ in comparison to his cigar habit of 250,000.

“The 2009 Cuvée Sir Winston Churchill is a great wine with a lot of complexity. It is perhaps more immediately appealing and powerful than the 2008, but possibly with less longevity. However, the 2009 can age longer than one might think, 20 years and beyond; the biggest problem for 2009 is to follow 2008!”

RELEASE PRICE valid until Friday 13th March 2020
£680.00 per 6*75cl under bond
please log into your account to see your TFB Tier preferential pricing

Arguably the 2008 has dominated the lips of champagne lovers for the past two years but we cannot forget how excellent 2009 is. As above Jancis Robinson has scored them the same 17.5 with the 2008 gaining a + score meaning this should improve further in the long terms, but also championing the 2009’s ability to “build on the palate to a dramatically long finish”.

Hubert de Billy confirms Pol Roger are looking to increase the production of Sir Winston Churchill by acquiring more Premier and Grand Cru vineyards, a difficult task designated to Laurent d’Harcourt. “Our choice of expansion is not governed by turnover, but by quality; we will embrace steady growth but only if we can at least maintain, and at best improve, quality.” 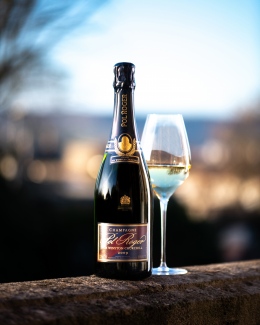 “Making a wine based on grape selection in the vineyard is like choosing a car based just on its chasse but not looking at the engine!” Hubert de Billy 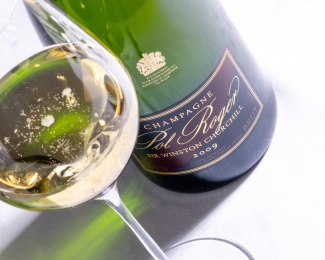 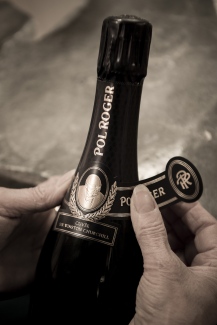