Rare Champagne pays homage to the glory days of the royal court at Versailles when founder Florens-Louis Heidsieck presented his first ever ‘prestige cuvée’ to Marie Antoinette in 1785, declaring that he wanted to make a ‘cuvée worthy of a queen’. A century later a great tradition was founded when Russian Tsar Alexander III’s jeweller – a certain Pierre-Karl Fabergé – designed an opulent, bejewelled bottle for the house. The unique bottle shape is adorned with its distinctive gold casing, as a tribute to its glamorous beginnings.

Rare cuvées are only produced in supernatural years. Rare champagne millesime 2008 is only the eleventh vintage of Rare ever created, since 1976, therefore living up to its name.

A mild, rainy winter, followed by an unpredictable and dreary spring, with a month of June marked by an abrupt drop in temperature and continuing most of the summer until the 15 August. And then, a miracle of nature: the ominous and extremely rainy weather changed radically to become sunny and dry with warm days and cold nights, lasting throughout the harvest in mid-September.

As the guardian of the Rare Champagne style, Régis Camus selects the vineyards according to their expression rather than their rank in the scale of Premiers and Grand Crus. This blending approach contributes to the complex, distinguished, and yet pure style of Rare Champagne. He thinks outside the box, choosing Chardonnay grapes from the Montagne de Reims, more traditionally recognised for Pinot Noir, giving the wine freshness and precise minerality. He prefers the Pinot Noir grapes from the Montagne de Reims as well (for instance Verzy or Aÿ) for their sheer intensity and powerful silky texture.

“For me, Rare Millésime 2008 embodies the infinite, with its unlimited, rich, constantly present youth and freshness. These sensations intertwine on the palate in a constant cycle of flavours, each more precise and harmonious than the one before. While already a pleasure to drink, this vintage acquired an exceptional complexity and mineral character, punctuated with notes of exotic spices, promising infinite longevity” 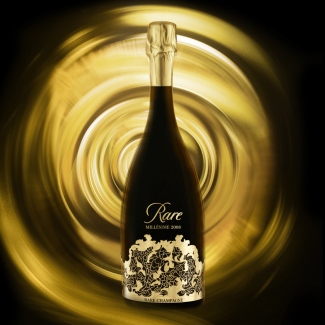 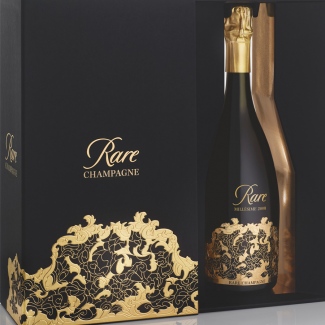 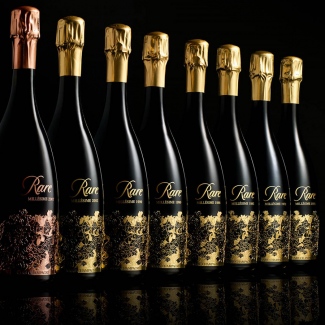