Pioneering English sparkling wine producer Nyetimber have been celebrating their 30th anniversary this year in style. First came an overhaul of their bottle labels, with an elegant and intricate shield design; then came a landmark Sparkling Winemaker of the Year award for Chief Winemaker Cherie Spriggs; and finally last month they made English sparkling wine history with the release of the first prestige cuvÃ©e from this side of the Channel.

Nearly ten years of hard-work and secrecy went into the project, which was revealed at an exclusive launch event at The Ritz in London last month. The new range, named â€˜1086â€™, includes a sparkling white and a sparkling rosÃ©,Â and aims to rival the very best from Champagne, both in quality and price tag.

The 1086 wines are produced solely from the best parcels on the Nyetimber estate; a supreme process of selection that is only made possible due to their admirable commitment to harvest and ferment all 90 of their parcels separately. Indeed, no effort has been spared during the winemaking process: the bottles undergo a minimum of 5 years ageing on the lees andÂ 2 years post-disgorgement bottle ageing before release.

We were so impressed with the first two vintages,Â Nyetimber 1086 2009Â andÂ Nyetimber 1086 RosÃ© 2010, that we decided to test them against champagnes of a similar price tag. As such, we assembled an expert panel of critics, includingÂ Jancis Robinson MW, Giles Fallowfield, Philip Tuck MW,Â Peter Crawford and Matt Segal, and a broad range of prestige cuvÃ©e champagnes, includingÂ Dom PÃ©rignon 2009,Â Louis Roederer Cristal 2009Â andÂ Taittinger Comtes de Champagne RosÃ© 2006, for an eye-opening blind tasting at 67 Pall Mall. The panel scored each champagne and sparkling wine (out of 20) and guessed their identities using our online smartphone voting system.

Billecart-Salmon Nicolas FranÃ§ois Billecart 2002Â finished top of the pile with a group average score of 18.4/20 – perhaps unsurprising considering it’sÂ that vintage and has undergone the longest lees ageing of the line-up. Next cameÂ Krug Grande CuvÃ©e Edition 166 NVÂ with 18.3/20, and sitting proudly in third place was the English sparkling wine blanc,Â Nyetimber 1086 2009, with an outstanding 18.1/20 average. The English sparkling wine rosÃ©,Â Nyetimber 1086 RosÃ© 2010, finished just below the other two rosÃ©s, with an average score of 17.2/20.

Although ranking champagne and sparkling wine of this quality inevitably reveals more about individual preferences than overall quality – and therefore any league table must be observed with caution – interestingly only one of the six tasters at the table identifiedÂ Nyetimber 1086 2009. In past blind tastings that have incorporated both English sparkling wines and champagnes, even the best performing English sparkling’s have been easily identifiable.

Nyetimber 1086 is indeed groundbreaking. With its abundance of chalky character, lemon zest and sherbet delight, England’s first prestige cuvÃ©e is more than a match for the best that Champagne has to offer, and one that demands attention from even the most loyal Francophile wine lovers.

The champagnes tasted are listed below in order of rank, by group average score. Tasting notes are all The Finest Bubble’s. 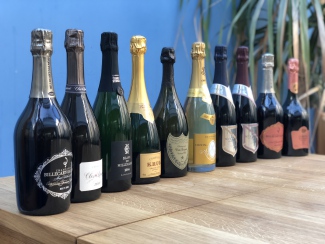 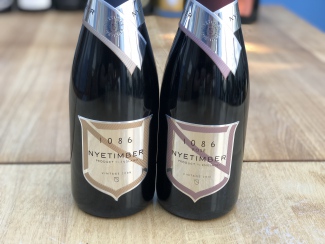 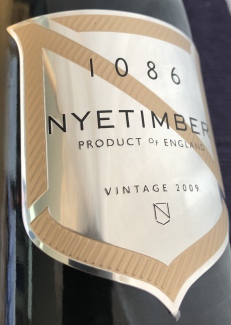 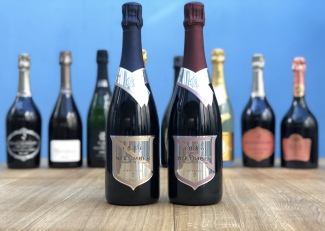