Earlier this year, we travelled to Mareuil-sur-AÃ¿, the Premier Cru rated village in the south-east of the VallÃ©e de la Marne, home to Champagne Philipponnat. We met with sixteenth generation family member Charles Philipponnat, to discuss the 2018 harvest and taste a selection of the base wines.

Philipponnat had an excellent harvest last year. Charles shared his initial impression of the wines: “pretty ripe altogether” and “aromatically fine”. Despite the extremely wet winter in 2017/18, there was no problem with dilution due to the high levels of ripeness. “In fact,” he said, “if there is a problem, it is with ripeness.”

Ripeness was again a determining factor in the malic acid levels, which were much higher at Philipponnat than elsewhere. “Others had low levels because they pick unripe,” Charles told us. Consequently, Philipponnat did very little malolactic fermentation, and only on wines destined for the non-vintage: “We did some malo because we need wines with malo for the young non-vintage.”

With such a huge crop of perfectly ripe and healthy grapes, one of the biggest challenges for Charles last year was not making too much vintage champagne. “We had enough great Pinot to make 200k bottles!” he told us. Although the market would not take such a large quantity of one champagne, Charles did decide to produce every wine in the Philipponnat range, for the first time since the 2009 vintage.

Charles showcased a range of Chardonnays, Pinot Noirs and Red Wines, many of them grown close to home, from different plots of the famed Clos des Goisses vineyard in Mareuil-sur-AÃ¿. The four Chardonnays selected were all from very different regions, highlighting the variety of style in Champagne, however each had a common ripeness and freshness which we’ve already come to expect from 2018.

The majority of the Philipponnat range was bottled in mid-February without any interference from the winemaking team (such as the addition of sulphur etc).

The Pinot Noirs had aÂ similarly consistentÂ ripeness and freshness, with anÂ abundance ofÂ tropical fruit flavours and great elegance. The rosÃ© de saignÃ©e weÂ tastedÂ from the Valofroy plot of Clos des Goisses, which was cold macerated for 36 hours and produced from de-stemmed bunches, had an impressive structure from the tannnis, which compensates the richness from the wine, or, in Charles’s words, â€œdries it up a bit”. Between 12 and 15% is blended with white wine to create the beautifully light Royal RÃ©serve RosÃ© NV.

Philipponnat have a comprehensive range, including the different non-vintage expressions, vintage champagnes produced in different styles (such as blanc de noirs), and the prestige cuvÃ©e Clos des Goisses, some individual plots of which are bottled independently.

The non-vintages we tasted were based on the 2014 vintage. Charles commented that 2013, which was considered very good, could have overshadowed 2014, yet the champagnes based on the latter vintage have turned out even better. Although he would like to produce more rosÃ©, doing so would take key Pinot Noir away from other important cuvÃ©es.

The dosage that Philipponnat add post-disgorgement to their vintage champagnes is usually half what they add for the non-vintage champagnes and the liqueur mixture added is ‘neutral’, containing mainly sugars.

Two recent releases that we tasted were Blanc de Noirs 2012 and CuvÃ©e 1522 2008. The first is produced from 100% Grand and Premier Cru vineyards owned by Philipponnat, mainly from Mailly and Verzy. For Charles, this champagne expresses what Pinot Noir is all about: balance, fruit, freshness and no early oxidation. CuvÃ©e 1522 2008 was a particular standout, with a high proportion of wine from Grand Cru rated AÃ¿ bringing an incredible crispness, that leaves the palate feeling wonderfully refreshed.

Finally, we tasted a comprehensive range of non-dosage champagnes, all of which had been disgorged just over a week before our visit. Two noteworthy examples were Clos des Goisses 2009 and Clos des Goisses 2010. The first is currently closing down a bit, tasting more reduced than it was some time ago: deeply yeasty, with a more Vegemite flavour – Charles advises storing this one for a while.

The second was a complete surprise. Charles made just 5,000 bottles of Clos des Goisses 2010 due to the difficulty of the vintage and the low quality wines yielded. He initially thought they were too rich and forward, so picked certain parcels for the blend, holding back the ones he felt were too heavy. However, he now regrets being so strict as Clos des Goisses 2010 is “not too bad”. We were impressed with how big and powerful it was, especially considering Charles held back those heavier wines. One to watch for the future. 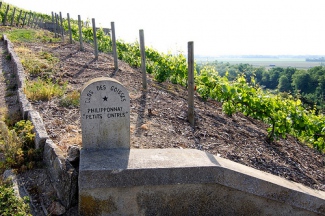 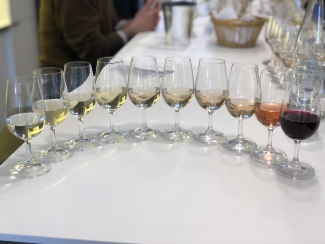 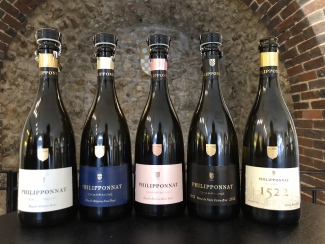 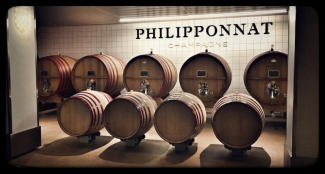 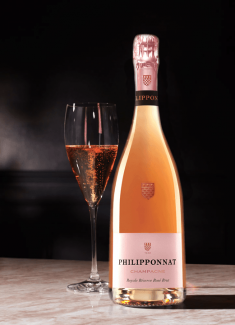 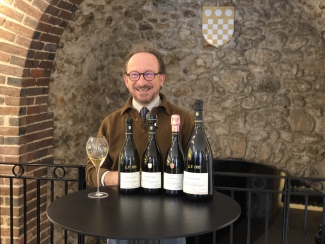 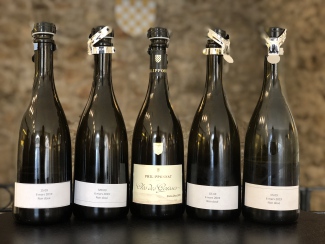 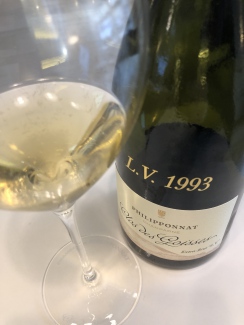