After a delightful morning spentÂ tasting finished champagnes at Charles Heidsieck, we popped over to sister house Piper-Heidsieck to taste the Heidsieck 2017 vins clairs (and were subsequently treated to a range of reserve wines and one very special champagne!). Our tasting was hosted by Champagne legend and Chef de Cave RÃ©gis Camus along with his deputy SÃ©verine Frerson & International Brand Ambassador Catherine Curie.

Apparently, we weren’t the only ones who’d been busy tasting that morning. As we visited in early March – during which time much of the blending is done in Champagne – Camus and Frerson had just finished tasting 48 Pinot Noir still wines. “We are looking forward to the freshness of Chardonnay,” Camus smiled – and so it was with Chardonnay that we began our insight into the 2017 vintage.

Although Camus began by telling us it wasn’t a terrible year in general, it quickly emerged that Chardonnay was the saviour of the vintage. We tasted Chardonnay still wines from the CÃ´te des Blancs and the Montagne de Reims and both were showing quite forward fruit quality – mature grapes had produced much more mature still wines than expected.

The first, Montgueux – a village Piper have shared with Veuve Clicquot and Henriot Â for 40 years – was the only plot not affected by adverse weather in 2017. “If 2017 had been a good year, all would be as nice as this,” Camus added. The second, TrÃ©pail – a rare Chardonnay village in the Montagne de Reims – Camus described as “usually like a gentleman’s horse… but this year a stallion!” Rich and balanced yet with an excitable nervosity, this needs time in the bottle to be tamed.

The Pinot Noirs however, did not fare as well in 2017. Although some villages in the CÃ´te des Bars survived, the bigger plots in the Montagne de Reims were “very complicated”. Camus and his team even found undesirable aromas of moss and fresh mushroom in Grand Cru plots such as Verzy – as such these will not go into the blending this year and will likely end up in the distillery. “We don’t all have the same perceptions of these negative characteristics and so we have to careful discarding them,” Camus commented. “They are maybe not good right now, but there is something – will it grow? We have to taste it many more times to see if it can offer something.”

For our educational benefit, Camus shared with us a sample of Pinot Noir from Verzy, which had been subject to hail and rot throughout August and would not be used in the blending. Understandably, winemakers typically prefer to show off their best quality vins clairs, so this was a rare and welcome opportunity to taste a less-than-perfect still wine. 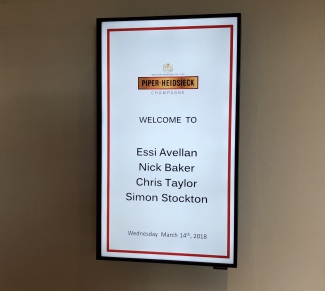 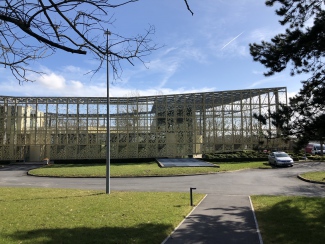 The golden Piper-Heidsieck headquarters in Reims 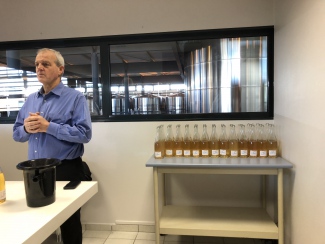 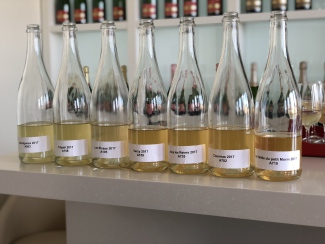 The colour of 2017: the Piper-Heidsieck vins clairs 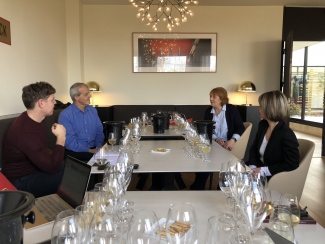 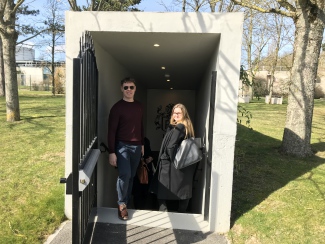 Finally, we tasted a selection of Pinot Meunier from different villages across Champagne. Although a difficult year for Pinot Meunier also, Camus was much more pleased with these than the Pinot Noirs. “We have great balance from the Pinot Meunier… flesh of fruit from Jouy… freshness from Courmas… and maturity from Petit Morin,” he said.

Overall, 2017 was most certainly not a straightforward vintage for Piper-Heidsieck. Complications throughout the Montagne de Reims rendered much of the Pinot still wine unusable. However, the promising potential of the Chardonnay leaves Camus believing a vintage champagne is possible.

Following our vins clairs tasting, we went further back in time and tasted some reserve wines from two very good but very different vintages: 2008 and 2009. “In the Chef de Cave job, it is very important to think of the right wines for the future – the reserves provide that facility,” Camus said. All three were classic Piper-Heidsieck: a zesty and fresh style that distinguishes this house from Charles Heidsieck – as such these are all exclusively Piper-Heidsieck reserve wines.

Villers-Marmery 2009 is notable for its incredible ageing potential, Avize 2009 is revered for the richness that it lends to theÂ Piper-Heidsieck 2008Â blend, but Verzy 2008 is the real winemaking weapon. With its intensely fresh lychee character and stunning aromas, Camus said it will be “a sad day when we have to use up Verzy 2008”, although he noted that, ultimately, “regularity and consistency of the Brut NV is most important.”

Camus told us that, fortunately, you do not need to use much of particular reserve wines when the quality is so high. “The question is not how much percentage but the types of reserve wine,” he explained. Camus likened his stock of reserve wines to that of an old library: “You have huge big books and small poetry books – the small ones can have the best quality.” Essentially, the older more powerful reserves can have an impact that far outweighs their percentage contribution.

To conclude our visit, we tasted some finished champagnes from the Piper-Heidsieck range, which included a surprise ‘once-in-a-lifetime’ champagne experience. Leaving our tasting room, we were led to a small open-air courtyard decorated with a picturesque wall of vines that replicated the experience of overlooking a vineyard. Awaiting us on the small serving table was a 6L Methuselah, that’s 8 x 75cl bottles!

Although impressive enough alone, the liquid inside was the real star –Â Piper-Heidsieck Rare 2002. Having spent more than a decade on the lees, bottles of Rare 2002 were disgorged in May 2016 and decanted into the Methuselah, which was subsequently laid in the cellars for nearly 2 years. With only twelve in existence, the magnitude of the occasion cannot be overstated. A champagne that is frequently decorated at awards ceremony the world over from bottle – and even a previous winner of Best Champagne at FINE Champagne magazine – takes on a whole new dimension from Methuselah. 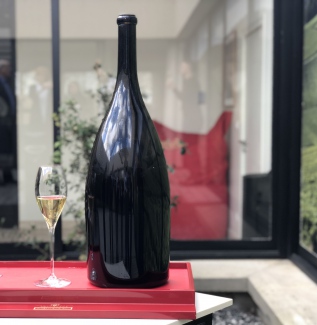 Rare Methuselah 2002:Â one of only twelve made 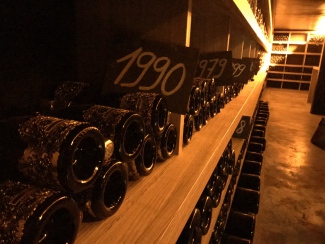 The last few bottles of some great Rare vintages 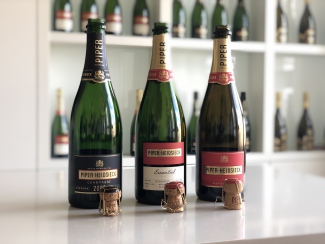 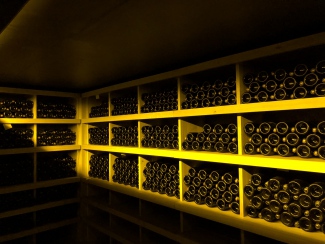