One of Champagne’s most exciting emerging talents, Piper-Heidsieck’s new cellar master Émilien Boutillat has experience beyond his youth. Although born in the Champagne region (coincidentally, his father used to sell grapes to Piper-Heidsieck), Boutillat studied winemaking all over the world, in New Zealand, Chile and South Africa, and in doing so, managed to garner almost a decade’s worth of winemaking experience in half that amount of time – working on 6 harvests in 3 years.

Boutillat’s confidence in his newfound role and familiarity and rapport with the winemaking team around him – whose outward vibe is more that of a friendly family than of work colleagues – were obvious from the outset, and wavered not once as we discussed the trials and tribulations of the 2018 harvest.

“The quality of the grapes was perfect all over the region,” Boutillat began. He was cautious to note however, that early expectations may well have been too high, owing to the fact that they have “only good or very good wines” and “not so many exceptional wines.” That said, Boutillat believes the worst of 2018 is still better than the best of 2017 and his task now is to “look for the exceptional.”

The acidity was quite low in 2018 and the average pH for Piper-Heidsieck was 3.1-3.2. The levels of malic acid were also low, prompting Boutillat to do malolactic fermentation “on 99% of the wines.” He predicts that unpredictable vintages such as 2017 and 2018 will be more likely in the future due to the changing climate.

All the grape varieties performed well, however he believes Chardonnay is “the least strong varietal”, while the black grapes are the best. Pinot Meunier in particular he singled out as “very nice this year, as it keeps the freshness, especially in the coolest regions.”

We tasted two examples of each variety, from a range of vineyards throughout each major region. The Chardonnay from Villers-Marmery, with its delicate finesse and fresh tropical notes, was a particular standout. Rare Champagne cellar master Régis Camus told us Villers-Marmery will likely contribute to the Rare 2018 blend, if it is produced.

Boutillat described the Pinot Noirs as having a “nice crunch and freshness” that matches the Piper-Heidsieck style. His favourite Pinot Meunier was the wine from Festigny, a small village in the Vallée de la Marne which he believes could be “the Grand Cru of the future.”

The Cuvée Brut NV 2018 blend was completed two weeks prior to our visit, so we tasted it alongside the 2014 blend, which is currently being sold on the market. Boutillat explained that he was looking for freshness with the 20% reserve wine content – which contains almost no wines from 2017 – as he already has the fruit from the 2018 wines. This year’s blend also has slightly more Chardonnay and less Pinot Noir for the same reason: more freshness.

To commence our tasting of finished champagnes, Boutillat had prepared an interesting blind tasting experiment. We were served four champagnes completely blind and asked for our predictions. The champagnes all transpired to be variations of Piper-Heidsieck Essential NV – the longer lees aged and lower dosaged expression of Cuvée Brut NV.

The first was base vintage 2014, the new release scheduled to hit the market very soon. The next two were identical – base vintage 2012, the first served from magnum and the second from bottle (although the bottle was disgorged 6 months earlier than the magnum). The final champagne was also base vintage 2012, this time a version that Essi Avellan MW had produced several years ago, with a slightly higher dosage of 6 g/l. Essi was, perhaps unsurprisingly but no less impressively, the only taster to identify each champagne blind. Bravo!

Our final two Piper-Heidsieck champagnes were both new: the first ever Essentiel Blanc de Blancs NV and the latest vintage release, Piper-Heidsieck 2012. The first Essentiel Blanc de Blancs NV is produced mainly from Côte des Blancs Chardonnay, is based on the 2013 vintage with 35% reserve wines (primarily from 2012 and 2010), and the focus is once again longer lees ageing and a lower dosage, this time just 4 g/l.

Likely the only vintage that could successfully follow the hugely popular Piper-Heidsieck 2008 is 2012, and fortunately, Piper-Heidsieck skipped 2009, 2010 and 2011. The new release is quite simply stunning – packed full of delicious fruitiness, oodles of complex lees character, with near-limitless ageing potential – and is expected on the market later this year.

We concluded our afternoon visit with a quite delectable lunch, each course expertly paired with a different Rare Champagne. As always, the range showed fantastically well; the champagnes seeming to taste even better when in the company of their creator. Camus also generously shared samples of the next Rare and Rare Rosé vintage releases and, although under embargo for the time being, we can say with assurance that champagne lovers and Rare aficionados alike will most certainly not be disappointed. 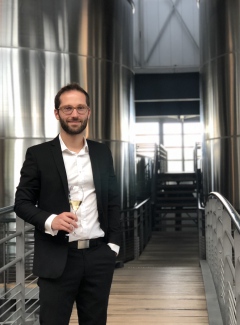 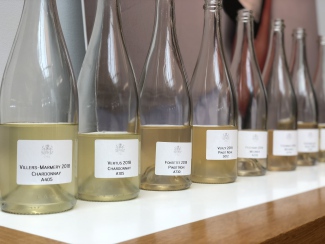 The Pinots were the winners in 2018, according to Émilien Boutillat 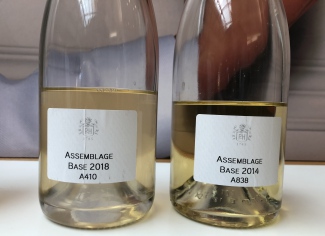 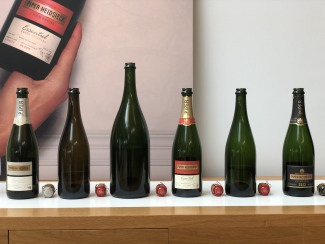 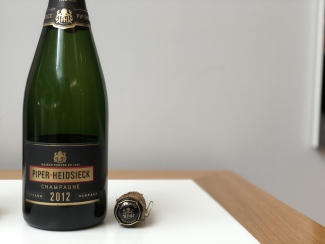 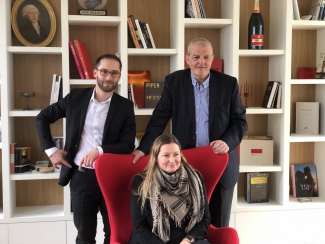 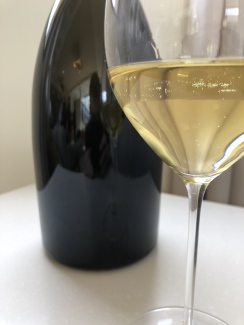 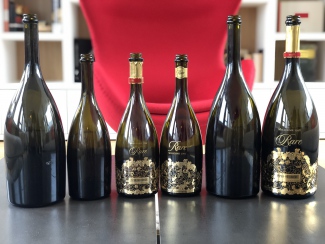 Not a bad lunch line-up… (there was food too, we promise)