Maison Piper-Heidsieck launches its first new champagne in quite some years and this range “Hors-Série” will see the Maison launch a series of new champagnes each autumn, sometimes looking back into their library and re-releasing an old vintage to potentially something from a new vintage.

This first release takes us back fifty years, to the golden age of pop, with a 1971 vintage. There is purpose in the Maison’s story-telling, at the release tasting they provided me with a classic LP from 1971, a gesture to something old (in my case I received the album Who’s Next by The Who, released in 1971!) yet with time classic songs still have a freshness and that is the story of the Piper-Heidsieck Hors-Série 1971. 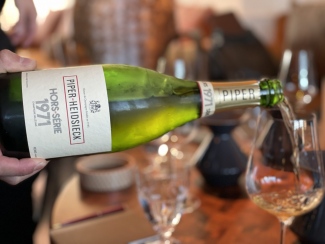 The new vintage
In London this week was the energetic young cellar master, to whom the House has given carte blanche with this new range of champagnes and it sounds like the future could be just as exciting as this first release. This vintage takes us back 50 years, to 1971. Émilien Boutillat discovered this “forgotten gem” with his tasting committee when he arrived in the house:

“I spent long months sweeping the entire wine cellar to fully understand the champagne brand style. This cuvée appealed to me, we were stunned by its freshness and elegance despite its age”.

With 2021 bottles being released, all numbered , the worldwide marketing of such an old champagne in such a volume is an extremely rare event. The cuvée forms a link between the different generations of oenologists who have created Piper-Heidsieck over the last 5 decades. 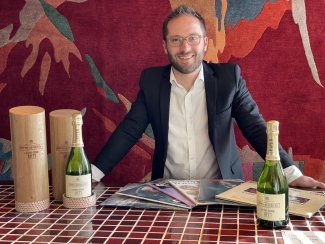 Blast from the past
In the 1970’s the cellar master was Claude Demiere, still alive today and Émilien recently met with Claude, now 92, to ask him about his decade long time in charge of the cellars. Claude provided some snippets that helped rebuild clues of what grapes went into the blend. Made up of 50% Pinot Noir and 50% Chardonnay from 12 different villages, Claude remembered the Côte des Blancs was the source for the Chardonnay and the Grand Cru village of Verzy in the Montagne de Reims was the core of the Pinot Noir. Claude went onto to say the blends in the 70’s paid tribute to the house Founder, Florens-Louis Heidsieck. Since Claude was cellar master in the 1970’s the bottles have been carefully preserved by his two successors: Daniel Thibault then Régis Camus who is only just retiring this year. Émilien, has now finished the work of four chef de caves over half a century.

“We had to taste all the bottles and discarded about 100 bottles that were no longer fresh! As for the dosage, I chose to add a chardonnay from a strong year, 2019 from the Côte de Sézanne vinified without malolactic fermentation. In the 1970’s the champagnes were made from the still wines that hadn’t been through the second fermentation so they retained their freshness and perhaps one of the reasons these bottles are today still in great condition.”
Émilien Boutillat

Weather in 1971
The 1971 vintage was significantly influenced by the previous year, in 1970 the yields were very large and as often happens in the following year of 1971 the yields were much smaller. The winter from 1970 to 1971 was long and cold with spring frosts during April causing some damage to the vines.

The cool weather pushed back flowering til later June. July and through August the weather warmed often with very hot days causing some localised hailstorms. Sept was dry and warm and ripening happened normally with harvest beginning on 18th September. The smaller number of bunches on the vine resulted in great concentration of flavour in the grapes.

Discover the Hors-Serie playlist inspired by the glorious year of 1971 here. Spotify – Hors-Série 1971

The design influence
“Obviously, each bottle over the decades has followed its own route and presents unique characteristics. This is what the house wanted to express in the choice of the box, developed by a Breton craftsman, and hollowed out of pieces of raw oak, which makes them all different, nature having drawn specific characteristics on each. The frieze that adorns the pedestal with its pretty monogram evokes the world of pop, as does the typography chosen on the label which refers to the tracks of old vinyl records. It is true that 1971 had been rich in musical releases. 1968 had unleashed the wildest hopes and artists believed in universal peace. John Lennon sang “Imagine”.

Critics ratings
97/100 Anne Krebiehl MW – Falstaff International Champagne Feature
“Deep golden and bright. The nose has white pepper and duxelles of field mushroom pervaded by lemon zest and candied lemon peel. The citrus element is taking over on the palate with candied orange and tangerine peel, the body has inherent gentleness and smoothest mousse. The lemon freshness streams from a profound core of rich, citric chalkiness with that candied peel radiating its aromatic richness that combines Demerara sugar and sea salt. That gorgeous fresh field mushroom earthiness with its peppery verve remains a firm feature and shows the racy and sleek side of this gorgeous treasure. Endless length.”

19+/20 Nick Baker – TFB Founder
“Richly coloured that deep marmalade orange, a nice “hiss” on the opening and the bubbles just gently prickle on the side of the glass. The fruit has energy, there is fresh citrus, twist of ginger, white pepper, pink grapefruit and rich dried orange, the palate is all these fruits and yet more unctuous some tropical notes like pineapple, lychee, dark chocolate, bitter tangerine, roasted cashews and hints of dried lime. This is really unctuous and rich and the dosage sits seamlessly, there is plenty of acidity and a saline finish that lifts up the freshness on the end of the palate. Majestic! When you re- taste it you can see the precision, it is amazing a 50 year old champagne in bottle is so fresh and thoroughly enjoyable. As you taste the champagne it gives this wonderful sensation, its races across the palate and has staying power, incredible length. I don’t believe there is a better 50 year champagne currently on the market!” 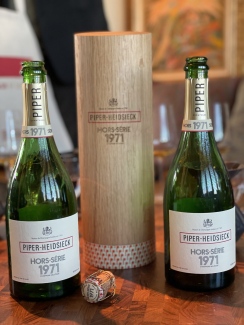 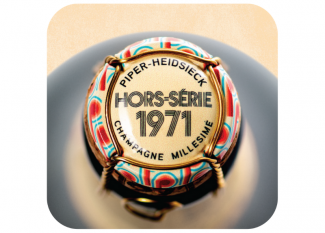 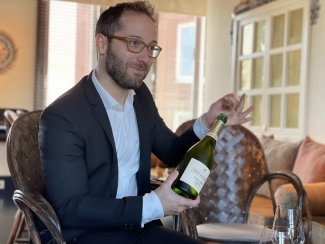 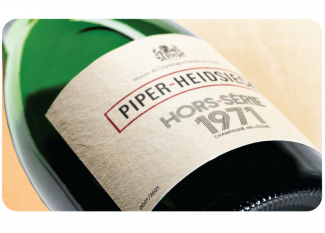 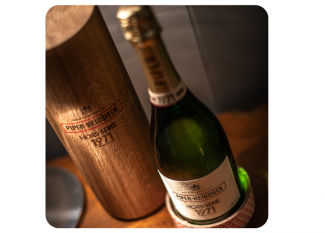 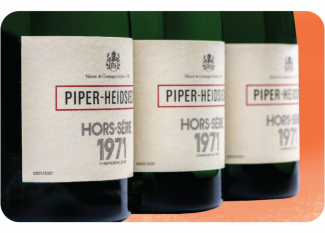