“This [2018] has been a miracle for the Champagne region,” Laurent d’Harcourt, President of Pol Roger, told us during our base wine tasting earlier this year. “It was a fantastic year… every single grape was beautiful.”

Pol Roger are typically a little quicker at finalising their blends than other houses, completing the majority of their assemblages in late January and early February. Laurent informed us that they “have made pretty much everything in 2018”, including Brut Vintage, Blanc de Blancs and Sir Winston Churchill.

Laurent added that, if he were to look for weaknesses, then the Pinots were perhaps a bit overripe – particularly from the warmer, south-facing Pinot sites. The Chardonnays were, in his words, “more variable in 2018.”

We sampled two base wines of each grape variety. The Chardonnay from Pierry and the Pinot Noir from Ambonnay, which is where Pol Roger started their harvest, were particular standouts. The Pinot Meunier from little-known village Baulne-en-Brie, a big slope with lots of different plots, Laurent described as “the special element of the Brut Reserve”.

The final wine we tasted originated from Épernay, where Pol Roger are based and are the second biggest landowners (behind Moët & Chandon), with 15 hectares of vineyards. “We are very impressed with the still wines the more we taste,” Laurent said.

We also sampled a variety of reserve wines from 2016, 2015 and 2014. Laurent explained that when Pol Roger blend vins clairs with reserve wines, they are looking for “backbone in the base year” and to “play with the reserve wines” to add character.

Verzy 2016 and Ambonnay 2016, Chardonnay and Pinot Noir respectively, are from “a good classic year, though not a big year like 2015” and are both considered serious back-up wines for the non-vintage blend. They both have a richness and vibrant acidity with much life left in them and will be kept “a while” before use.

Laurent noted that as more consumers are storing wines for considerable lengths of time, Pol Roger use the dosage, which has been reduced from 9 g/l in the early 2000s to 7 g/l with the newer releases, to “give a second backbone to the wine for ageing”. 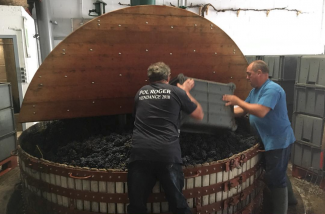 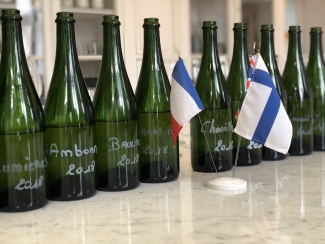 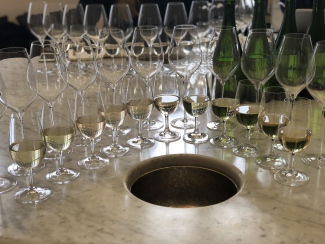 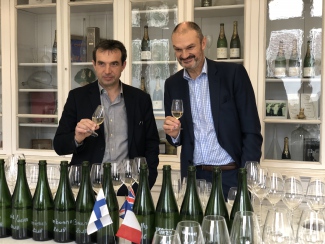 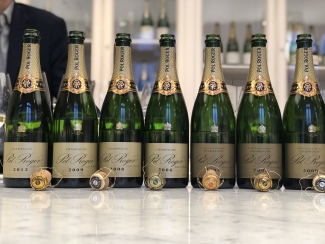 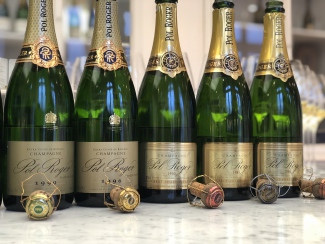 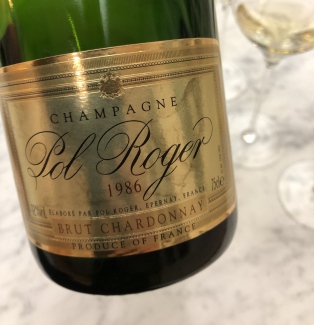