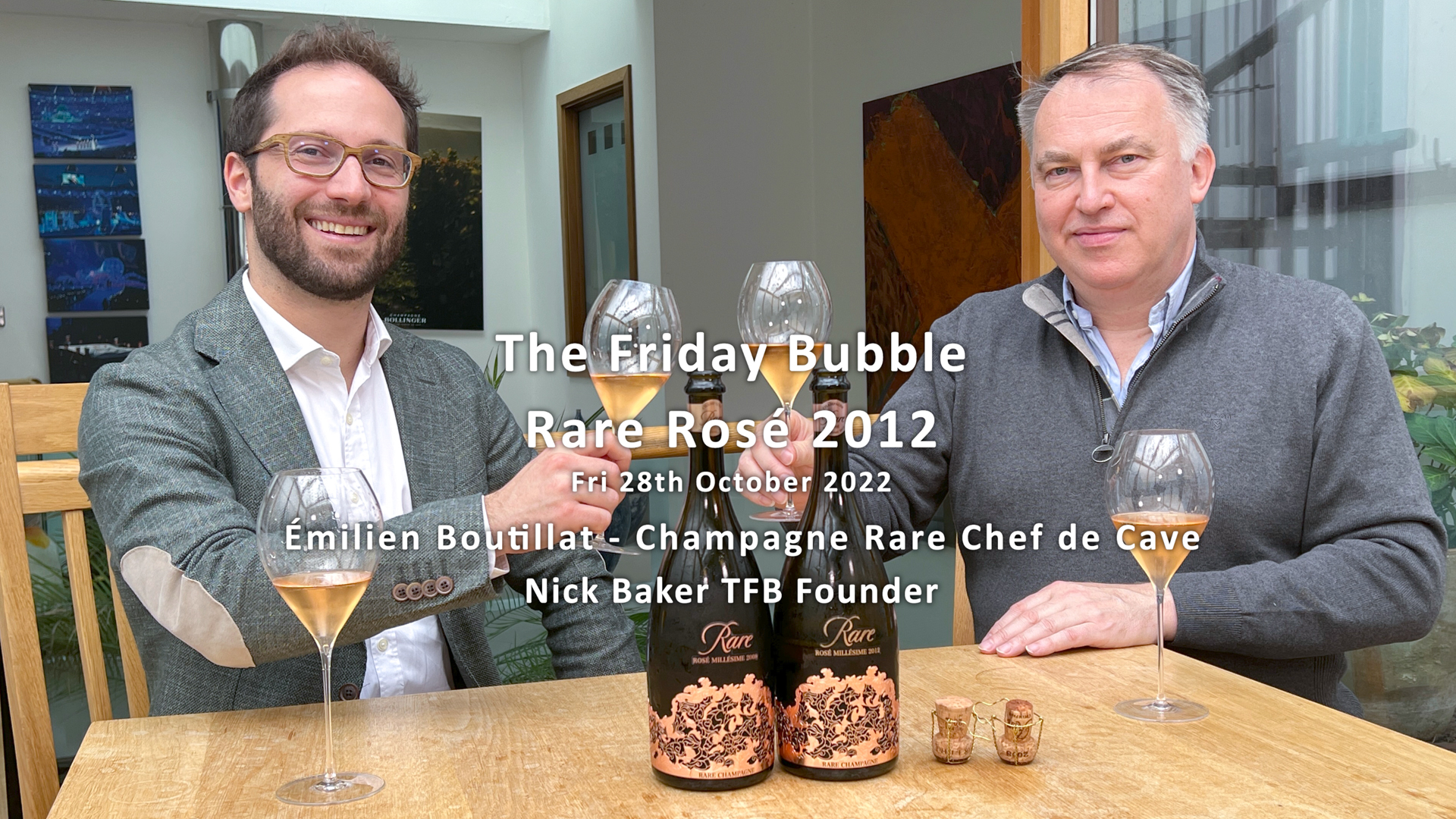 Today we compare the new release of Rare Rose 2012 with it predecessor Rare Rose 2008. The significant difference between these two releases is the source of the red wine added to the champagne, one having 13% blended from Bouzy in the Montagne de Reims and the other 8% blended from Les Riceys.

96/100 Alison Napjus
““Offers aromas and flavours of ripe raspberry and nectarine, brioche and chopped almond, mandarin orange and ground coffee, graphite, star anise and verbena, which are a gorgeous panoply of expression from the fragrant nose through to the finely detailed finish. This vibrant rosé Champagne is well-honed and mouth-watering, wrapping the chiselled frame in a plushly creamy mousse.””