Leclerc Briant do things differently to other champagne producers. We recently published a report detailing their unique winemaking approach and endorsement ofÂ bioenergetic philosophyÂ – perhaps the most headline worthy of which is their underwater ageing project, CuvÃ©e Abyss.

The concept of underwater champagne ageing first surfaced in 2010, afterÂ 168 shipwrecked champagne bottlesÂ were discovered lying at the bottom of the Baltic Sea. Those that hadn’t leaked were in surprisingly good condition, prompting experts to propose that the near darkness andÂ constant low temperatures of around 2-4Â°C found deep under the ocean could represent an ideal environment for the preservation of champagne.

This idea was furthered by Michel Drappier of Champagne Drappier who, after assessing the effects of altitude on champagne, concluded that a decreases in air pressure, found both at high altitude and at the depths of the ocean, promotes a more rapid dispersion of carbon dioxide within the bottle. Drappier surmised that the optimum storage environment would have the same pressure outside as inside the bottle – around 6 bar; which, depending on the volume of salt in the sea, can be found in certain oceans.

As one of the first champagne producers to experiment with organic and subsequently biodynamic viticulture, Leclerc Briant and their wines have always had a close relationship with nature. Unsurprisingly then, they were at the helm of exploring the potential future for marine environments with still waters and stable temperatures to operate as wine cellars.

However, the question for Leclerc Briant’s esteemed winemaker and bioenergetic advocate HervÃ© Jestin, was not solely whether the water could equal the chalk cellars in Reims, but rather, could it improve champagne?Â The study of bioenergetics is concerned with energy flow and transfer through living systems. As a living system, Jestin believes the ocean, with its constant and gentle undulating movements (what he terms “a permanent state of dynamic energy”), transfers positive energy to the champagne, benefiting its maturation cycle and lending it a unique maritime quality.

The champagne originates exclusively from the 2013 harvest, an equal parts blend of Pinot Noir from Avenay-Val-d’Or, Pinot Meunier from Vrigny, and Chardonnay from Bisseuil. The grapes were specially selected from vineyards well-known for their chalky, calcareous sub-soil, perfectly suited to the Atlantic conditions found on the seabedÂ near Ile d’Ouessant.

Abyss Brut Zero 2013 was bottled in July 2014, aged on the lees for three years in the cellars of Ã‰pernay, disgorged in March 2017 (with no dosage added), submerged under the ocean in June 2017 for 12 months of underwater post-disgorgement ageing, and brought up from the depths in June 2018.

We tasted it with Jestin at the winery in Ã‰pernay and the champagne without question has an ethereal quality to it. For a zero dosage, the texture, freshness and minerality are first rate, with impressive harmony rarely found in champagne this young. With its elegance presentation, complete with (genuine) barnacles, this is a great addition to the already diverse portfolio of a house rich in pioneering history. 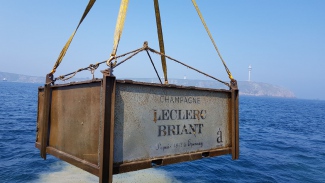 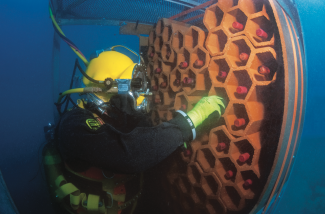 The specially designed storage allows water to flow between the bottles, transferring maritime energy to the champagneÂ within 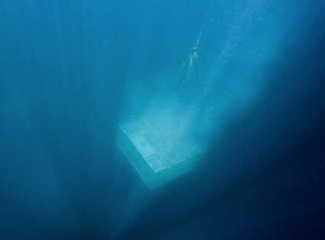 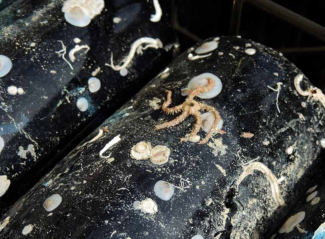