As Ruinart’s charming Chef de Cave FrÃ©dÃ©ric PanaÃ¯otis described the unusual weather patterns that played out in 2018, there was a discernible sense of not just incredulity, but also caution, in his tone. “The weather was not normalâ€¦ this is amazing, but slightly scary. If it continues on the same projectionâ€¦ what do we have in the future?”

Climate worries aside, in winemaking terms, the weather was ideal. The success was in the marriage of a very wet winter, which bolstered the water reserves in the soil, priming the vineyards for what was to come; and a hot growing season: the driest and warmest on record. “The perfect combination,” PanaÃ¯otis described it.

Pushed for a comparison to a previous vintage, PanaÃ¯otis couldn’t commit. “This is unlike any season we’ve ever seen, even 1976… 2003 was similar, but the nights in 2018 were not as warm. This was a year of extremes.”

With little frost, low mildew and only localised hailstorms, the biggest challenge during harvest was storing the sheer quantity of high-quality grapes. According to PanaÃ¯otis, the yield was around 18,000 kg/ha, and almost all of it excellent. “We cannot ask for more,” he said. “We’ve cleared out the [lower standard] 2017 wines and restocked with 2018.”

To demonstrate just how good the grapes were in every region, PanaÃ¯otis shared with us a range of vins clairs from around Champagne. Although all grape varieties were promising, he believes the Pinot Noir really excelled in 2018. “Black grapes are around 70% of the vineyard, so we’re very happy to have a good year for black grapes following 2017 [a very bad year].”

For Ruinart, the acidity was low last year compared to average but the pH was normal. “The acidity is not yet low enough for me to consider doing malo [malolactic fermentation],” PanaÃ¯otis told us. “We have been blind tasting malo vs non malo and the difference is obvious.”

The success of the harvest was clear from tasting the vins clairs. Compared to the acidic and astringent base wines of 2017 (which can be quite punishing on the teeth and gums after tasting 100+), the 2018s were a joy. TheÂ Chardonnayâ€™s were quite plump, with lots of ripeness and richness and the black grapes were soft and juicy with bags of power.

Unsurprisingly, PanaÃ¯otis has already decided to produce a Dom Ruinart Blancs de Blancs 2018. “The key was to find a blend that will age well, as some wines were a bit too rich,” he said. The strength of the harvest has allowed the winemaking team to let the style of the vintage flourish, as opposed to last year, where the characteristics of 2017 had to be suppressed in favour of the house style.

We also sampled the latest additions to the Ruinart champagne range, a number of which have recently transitioned vintage, or will be doing so soon. The Brut and Blanc de Blancs NV’s are now based on 2015, described by PanaÃ¯otis as “not an easy year”. With draught in the summer, the Chardonnay’s were a little on the reductive side… a bit too reductive even for the Ruinart style.

The recently released Dom Ruinart Blanc de Blancs 2007, PanaÃ¯otis compared to 1988. Although the harvest’s were a month apart, both vintages have a nice lean balance, natural years in which to make Blanc de Blancs champagnes. The new vintage has a lightness and delicacy that surpasses the year from which it originates.

Finally, PanaÃ¯otis confirmed there will be no Dom Ruinart Blanc de Blancs 2008, but told us that the next release will be the first that has been aged on cork (rather than crown cap), teasing: “Dom Ruinart 2010 is the one.” 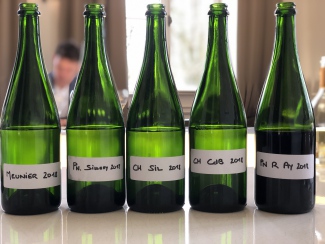 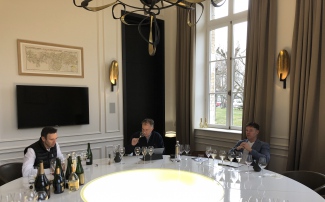 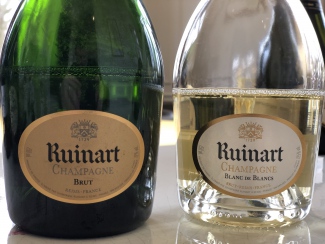 The Ruinart NV’s recently transitioned to base vintage 2015 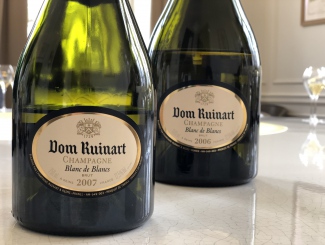 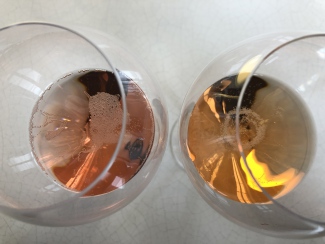