In the latest step of the Maison’s championing of living soils and commitment to nurturing biodiversity in the Champagne region, Ruinart has dedicated its entire 40ha historic Taissy vineyard to a biodiversity pilot project carried out with Reforest’Action.

The ambitious Taissy project will be carried out using vitiforestry – applying agroforestry techniques to the vineyard.  This is a comprehensive approach, facilitated by the vineyard’s proximity to the existing Fort de Montbré forest area.

The first step, launched in March 2021, was to plant outer hedges.  Next, there will be intra-plot hedges and islets and then between 2021 and 2022, nearly 14,000 trees and shrubs will be planted, spread across 4.4km of hedges and 800m² of islets.  Local wood species greatly improve biodiversity and also provide habitats for fauna useful for growing vines.

“We want to regenerate the soils and bring back the original fauna and flora to this parcel through these vitiforestry practices, which allow us to re-establish ecological corridors within the historic Taissy vineyards.”  Explains Frédéric Panaïotis, Ruinart’s Chef de Cave.

Forest specialist Reforest’Action is a Certified B Corporation: a company whose mission is to preserve, restore and create forests in France and around the world, in response to the climate emergency and the erosion of biodiversity.  Since its creation in 2010, Reforest’Action has planted and protected more than 10 million trees in 25 countries and raised awareness amongst 20 million people about the importance of forests.  “We are delighted to work with Maison Ruinart to implement this project which proves their desire to actively generate concrete and lasting environmental benefits within the heart of their activity.”  Says President and founder of Reforest’Action, Stéphane Hallaire.

This project is part of the IMAGINE movement, of which Maison Ruinart is one of the first members.  IMAGINE brings together the worldwide participants mobilising for the preservation and regeneration of forests on a large scale: in order to fight against the climate emergency and restore biodiversity. 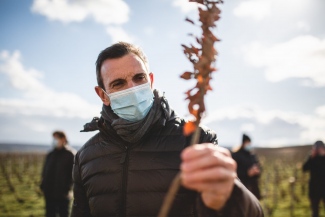 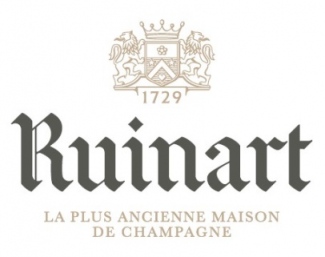 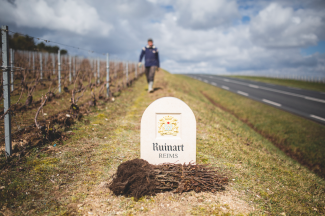