Although vintage prestige cuvÃ©e champagnes are generally released ready to drink, they will often benefit from some time in the cellar.Â Stored correctly, prestige champagnes can age fantastically well, for years – even decades – after release. Indeed, president of Champagne Salon, Didier Depond, believes their famous Blanc de Blancs should only be drank after 15 years and that the best vintages can age well for five decades or more.

We therefore decided to explore this ageing potential for our standout champagne tasting of the year, hosted at 67 Pall Mall earlier this week. The concept –Â ‘Something Old, Something New’ – was to highlight just how gracefully prestige champagnes evolve and develop by comparing an old and current vintage of the top wine from ten major Champagne houses.

The ten pairs we assembled spanned 25 years and covered 13 different vintages. Sourcing many of the champagnes tasted was an exceedingly difficult task – some are now impossible to purchase with proven provenance and most of the older vintages were obtained directly from the cellars of the respective Maison. It was a real privilege to be able to taste them at this event.

FurtherÂ enhancing the rarity of the evening, many of the older vintages were served from magnum, including showstoppers such as Bollinger R.D. 1988, Pol Roger Sir Winston Churchill 1998 and Taittinger Comtes de Champagne 1998 – the last of which was one of just ten remaining magnums in the world.

The champagnes were tasted blind in pairs by brand. Live-scoring on our smartphone app allowed us to analyse which were the highest scored champagnes and which were most often identified correctly. The world’s leading wine critic, Jancis Robinson MW, guided guests through the experience, sharing her expert insights into these stunning vintages and champagnes.

The champagnes are listed below in the order tasted on the evening. Tasting notes are Nick’s, founder of The Finest Bubble.

Introducing proceedings, Jancis told guests of our research trip to Champagne earlier this summer – during which we were fortunate to taste nearly all of the champagnes presented on the evening – and highlighted one of the key factors for guests to consider.Â “We’ve got so many variables tonight. For instance, when we’re tasting the older wine from a magnum and the younger wine from a bottle, then we’re evening them up a bit.”

TFB founder Nick Baker’s advice when trying to identify the magnums was that the larger formats “often have a slightly smoky, gun-flint character,” however, as Jancis was quick to point out, â€œthatâ€™s not really gonna help you all that much!”

As stated, all champagnes were served completely blind. The only clue given was that the first champagne was not Taittinger Comtes de Champagne. The reason for this was that the light and easy-going Blanc de Blancs are typically served first in tasting events and (as the first one up is always judged the harshest) are given a lower score.

Jancis’s advice:Â “try and score the wines in pure quality terms before playing the ‘what is it’ game because, especially with champagne and particularly with prestige cuvÃ©es, we do tend to be influenced by the identity and the image… it would be really nice if we could get a proper, unbiased assessment of how good we think the wines are.”

As we tasted, it became apparent that the task of guessing the champagne’s identities would prove to be all but impossible anyway. However, as the age difference between each prestige cuvÃ©e of the same brand was significant – sometimes 15+ years – establishing which was the younger and which the older was manageable by most.

All in all, the entire range showed exceptionally well, with scores ranging from 17.2 to 18.8 out of 20. (As is typical, the champagnes shown first were the lowest scored, so it’s important to keep this in mind when reviewing the league table). There were many star champagnes, but the maturity, complexity and sheer power of both Krug 1995 MagnumÂ andÂ Taittinger Comtes de Champagne 1998 MagnumÂ seemed to please the most palates in the room.Â Interestingly, Dom PÃ©rignon was the only brand for which guests preferred the younger vintage to the older vintage (18.6/20 for Dom PÃ©rignon 2008Â vs 18.4/20 forÂ Dom PÃ©rignon P2 1993).

As we proved with this tasting champagnes from what are often considered lesser vintages like 1983, 1989, 1993 and 2007 can indeed age and look great many years past their release. The Charles Heidsieck 1983 has softer acidity but in 2019 it is a great champagne with life ahead and the Dom Perignon 1993 P2 a generally regarded weak vintage shows that when a Maison selects carefully they can still make a great champagne in a not so great year.

Jancis’s opening statement is an equally pertinent closing one: “If we decide that the wines have aged really very nicely, perhaps a takeaway will be for us all to go away and keep prestige cuvÃ©es a little bit longer than perhaps we have done in the past.” 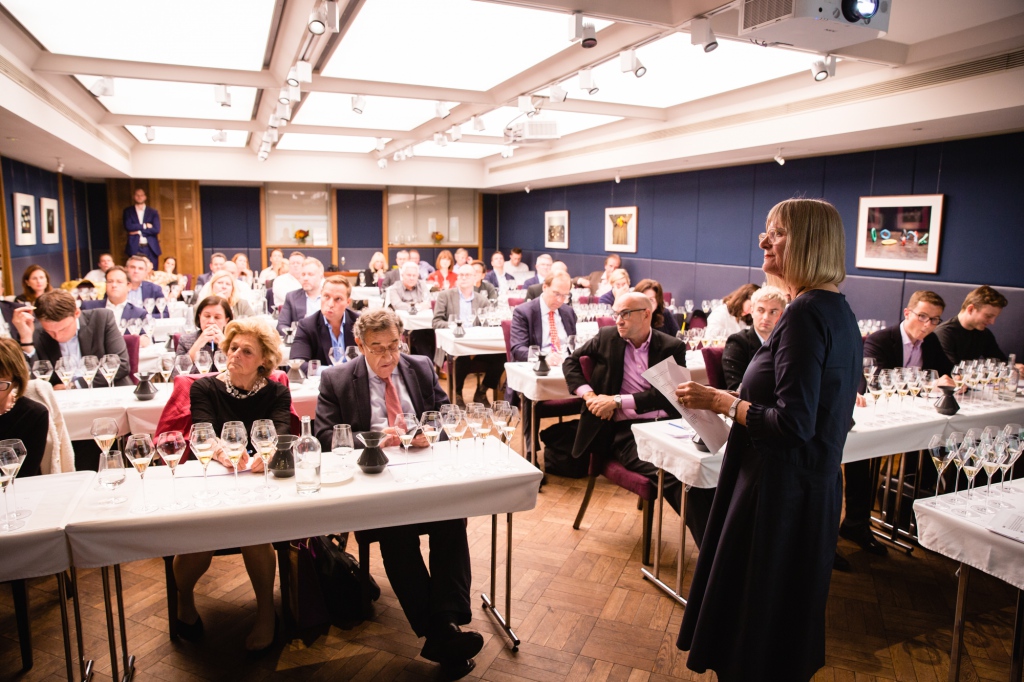 Jancis Robinson MW presented our ‘How Well Does Champagne Age?’ tasting to a packed St James’s Room at 67 Pall Mall 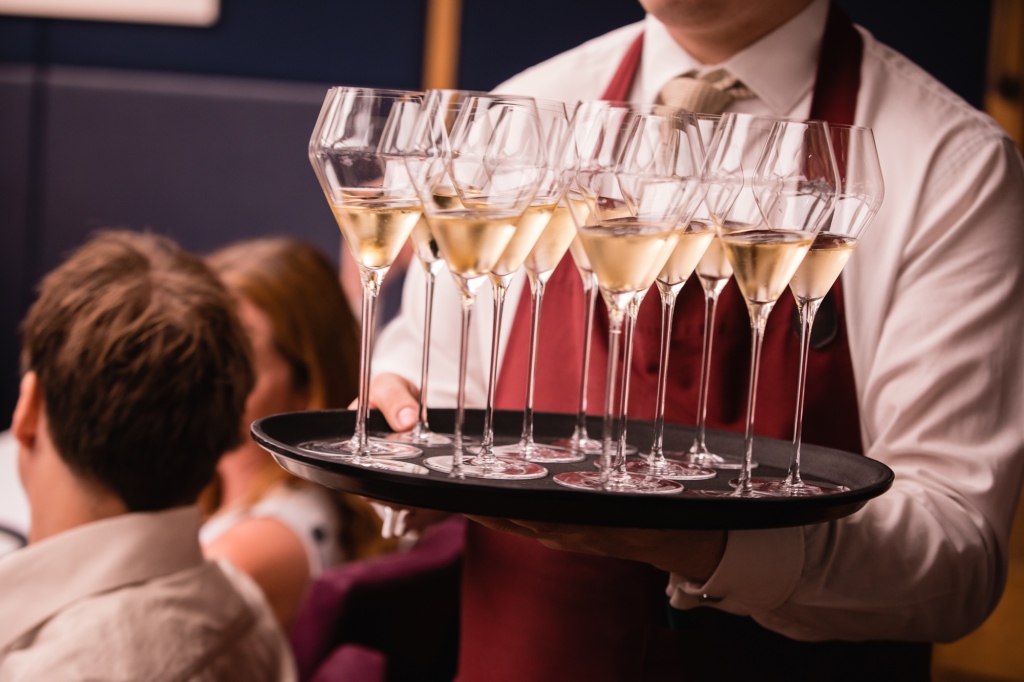 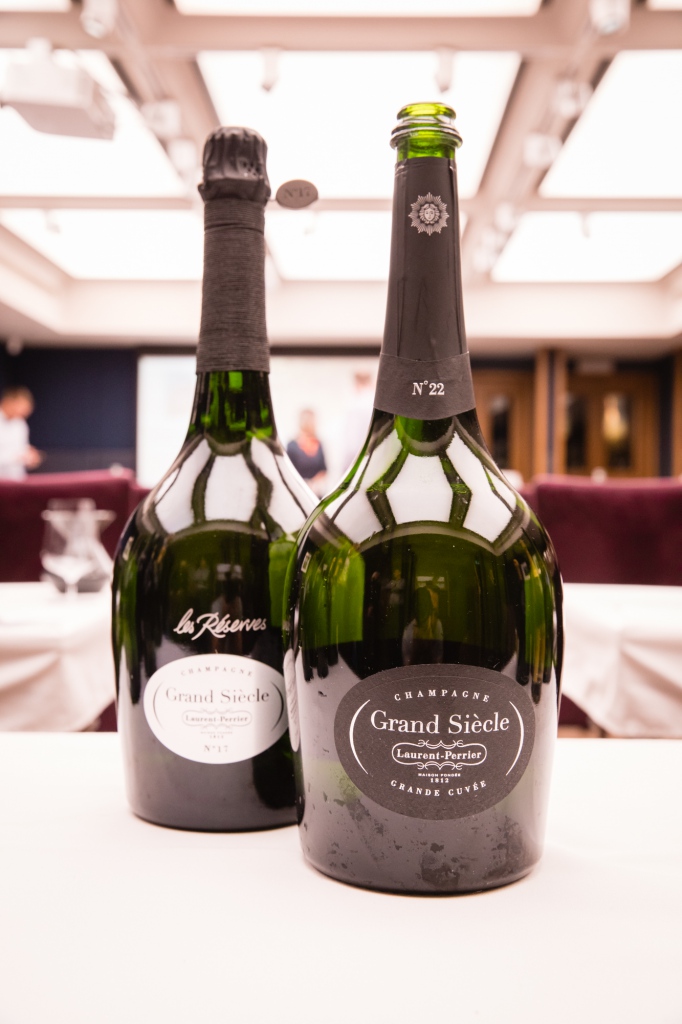 Newly branded Laurent-Perrier Grand SiÃ¨cle Iterations were on show, both from magnum 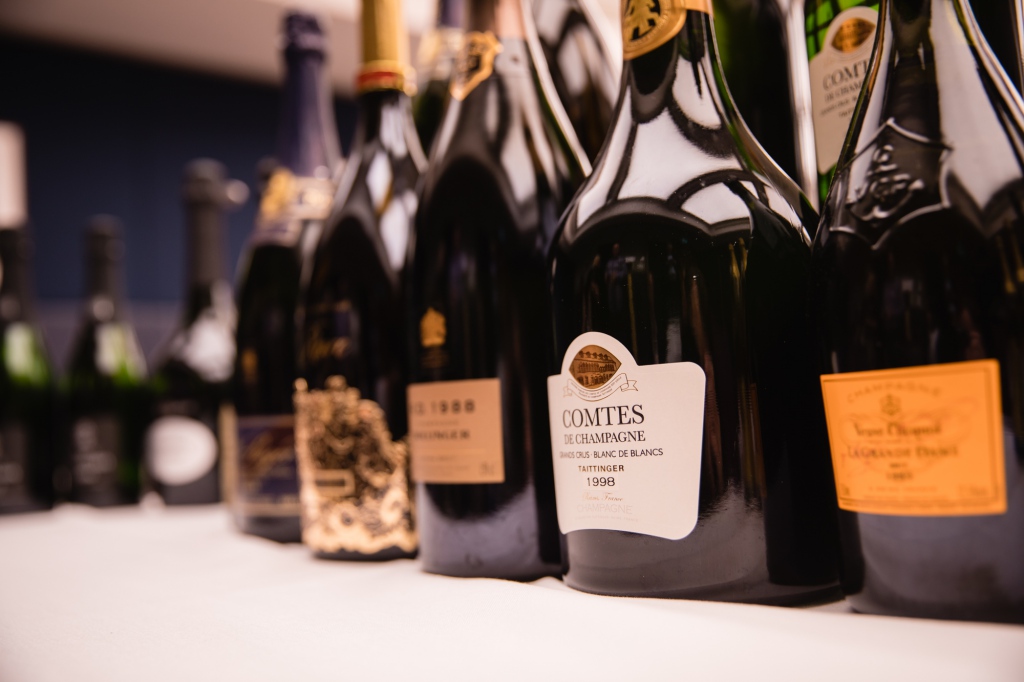 One of just ten magnums of Taittinger Comtes de Champagne 1998 left in the world! 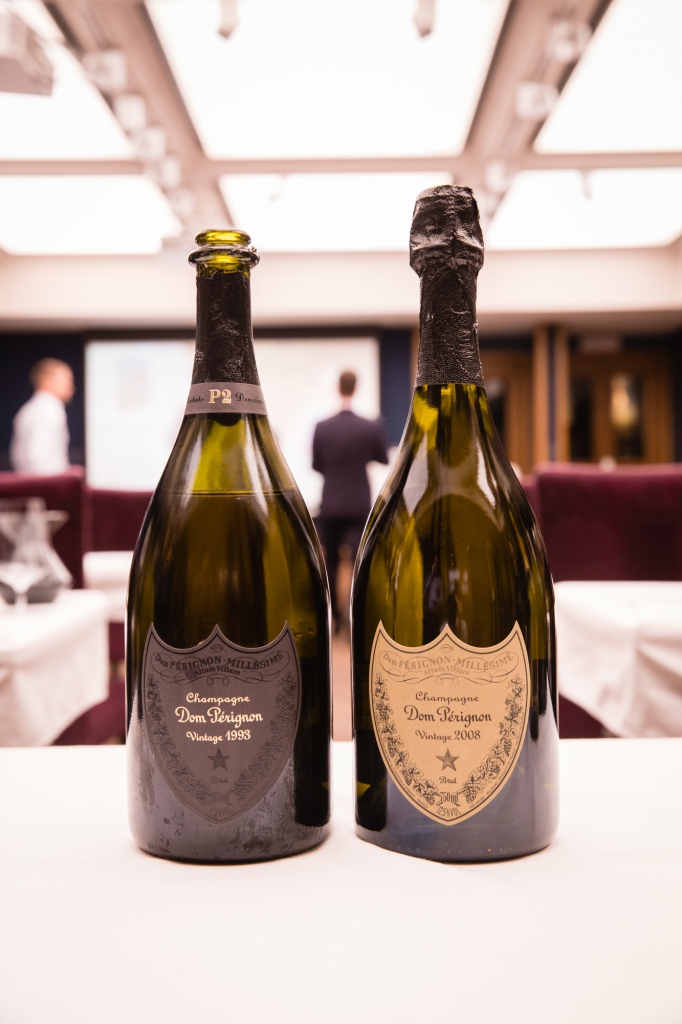 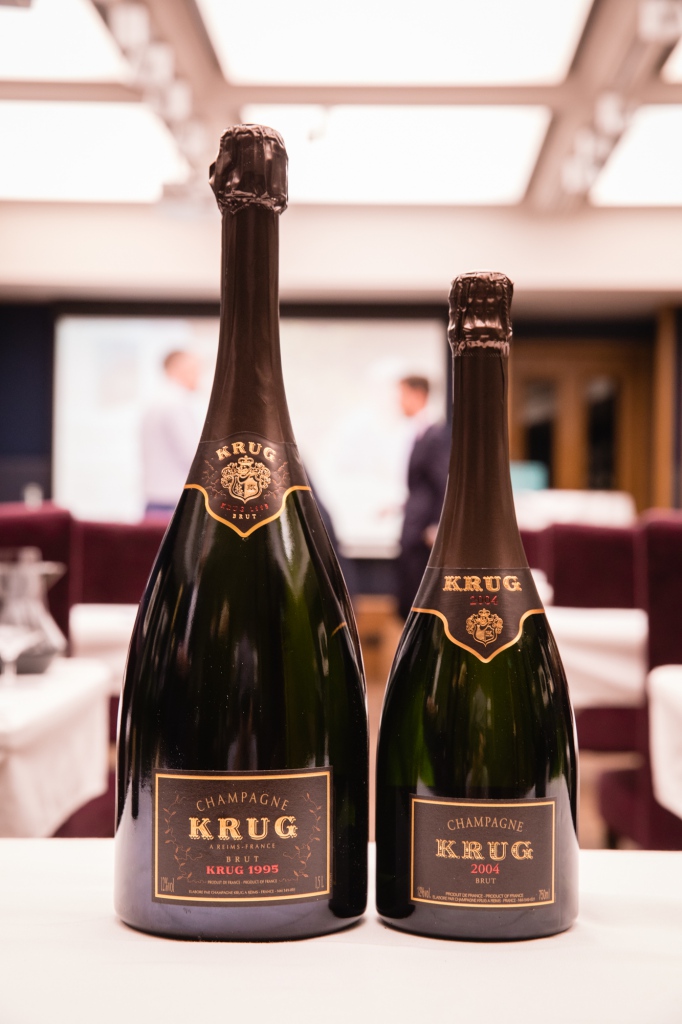 Krug 1995 from magnum was the victorious champagne: rich, pronounced, complex and mature 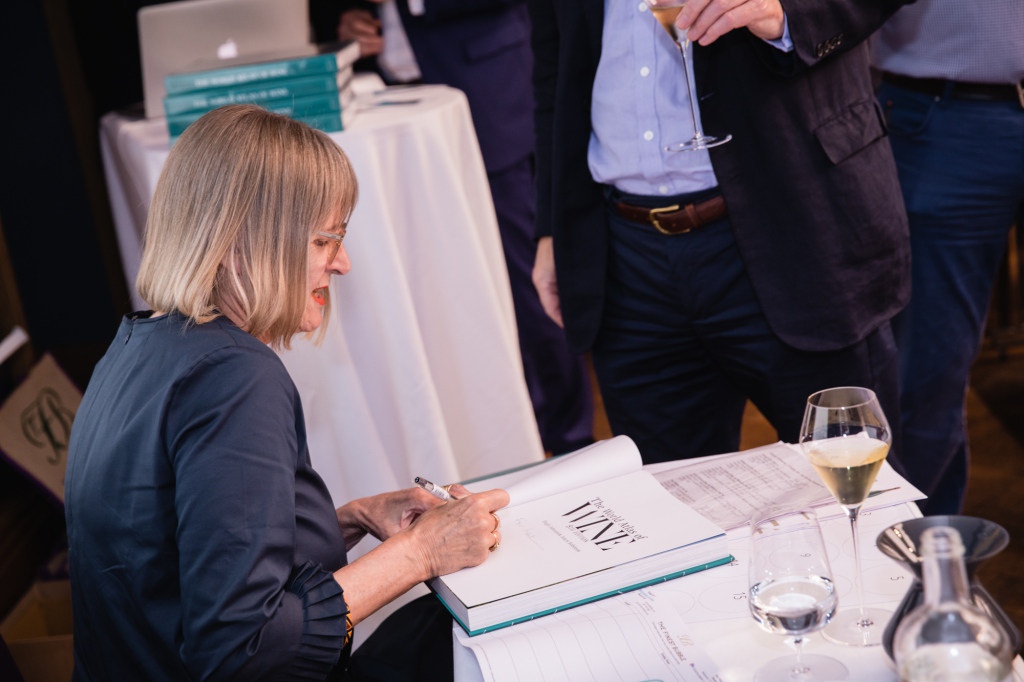 Jancis was also signing copies of the newly revised World Atlas of Wine, which can be purchased here 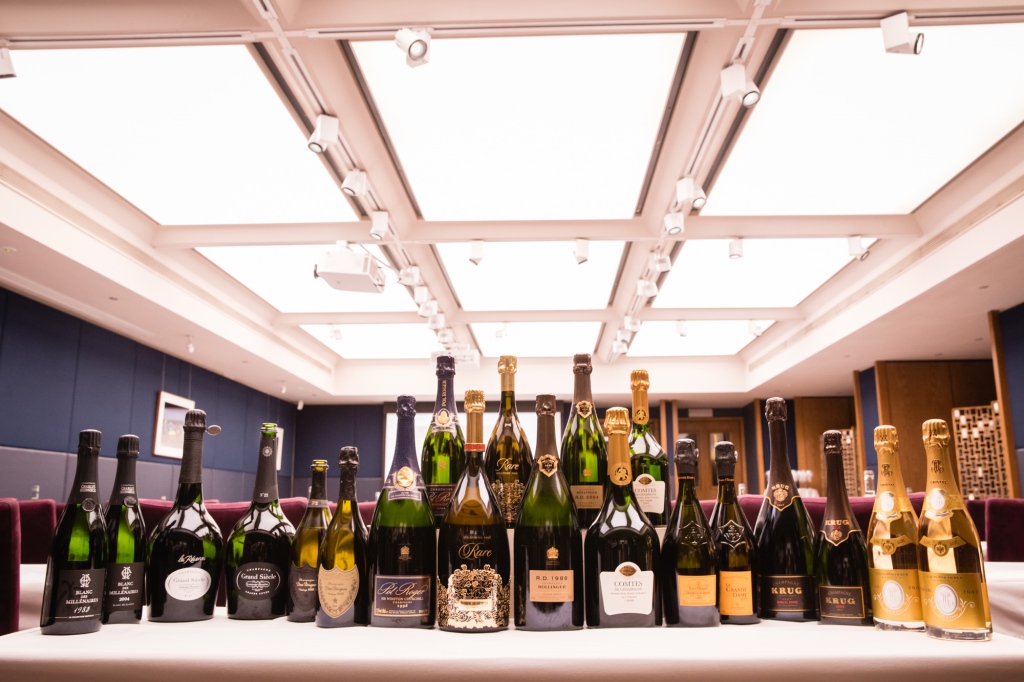 The question: how well does champagne age? The answer: exceptionally well.