Olivier Krug is like the unicorn of Champagne: a near legendary figure almost impossible to catch, but if you persist and succeed, the experience is always memorable. After a lengthy correspondence and much proposed rescheduling, it was thanks only to a fortunate (for us, anyway) last-minute cancellation of an event in Italy that we managed to pin him down to a meeting in June (indeed, it’s likely Olivier woke up on the morning of our appointment in a different country – if so, he was too gracious to admit it, and too professional to show any sign of fatigue).

The tireless great-great-great-grandson of founder Joseph Krug, Olivier has quite literally devoted his life to sharing the Krug doctrine around the world – a role in which he undeniably excels. The Maison he represents is synonymous with hedonism, making it hard not to imagine the Director’s role as one of languishing opulence. However, a cursory glance at his social media activity exposes the reality of a modern luxury goods salesman’s bustling –Â albeit up-market – international schedule.

Staying connected with his loyal and growing Instagram following alone is a tremendously time intensive task. “It can sometimes take up to an hour a day,” Olivier admitted, though it is work he clearly enjoys. He told us of a friendly competition he is engaged in with Arnaud Lallement – the three-star chef of family owned restaurantÂ l’Assiette Champenoise, located just outside of Reims. Olivier and Lallement are the two most followed people in Champagne and supposedly joke about who will become more famous. At the time of our meeting, Lallement just about had the upper hand. A little over two months down the line however, and Olivier is leading by nearly a thousand followers.

It is testament to Olivier’s hard work and air miles that Japan is now Krug’s biggest market – a fact he was rightly chuffed to announce during our visit. Olivier has a particular fondness for Japan. He worked there for two years in his early days at Krug, speaks the language proficiently and affectionately refers to the export market as “his baby”. Following quite far behind in terms of export volume are the US, UK, Italian, and then French, markets.

With this he introduced the latest chapter in the Maison’s tale: Grande CuvÃ©e 167th Edition NV. Following the tough financial years of the late 2000s – during which production was intentionally restricted – Edition 167, which is made primarily from wine of vintage 2011, is, according to Olivier, “theÂ largest ever release, as far as I know.”

The introduction of the Editions programme, whereby each annual release is numbered, has given rise to a new and delightful past-time: Grande CuvÃ©e vertical comparisons. As Olivier put it himself: “Tasted alone, one might guess [their glass] is Grande CuvÃ©eâ€¦ tasted alongside each other, their distinct personality is clear.” We went back as far as Edition 161, primarily vintage 2005, and they really are very individual creations. The reserve wine content yoyo’s year upon year, from as low as 25% to as high as 42%, presumably to prevent strong vintage characteristics from dominating. However, they are far from the identical, and the decision to treat each blend’s unique personality as a virtue to be celebrated, is a move we will never tire of praising.

Perhaps due to there being so few champagnes in the range (up to a maximum of five in a good vintage and potentially just two in a poor vintage) or maybe simply a de facto of being a Grande Marque, Krug are guilty of engaging in more than their fair share of ostentatious marketing. Musical tastings have been an important part of their development recently and one shudders to think how often Olivier has uttered the words opera, soloist, orchestra, or symphony over the past year.

The metaphor stems from the number of wines that constitute a Grande CuvÃ©e blend. Typically in the region of 120, these wines are the separate elements of the ‘orchestra’ that performs the ‘symphony’ of Grande CuvÃ©e. To take the metaphor further (than it needs to go, perhaps), the single vineyard champagnes Clos du Mesnil and Clos d’Ambonnay are the gifted ‘soloists’; the top of the class virtuosos whose melodies deserve to be heard unaccompanied.

This interest in the parallelsÂ and symbiosis between music and champagne eventually led to a collaboration with IRCAM (theÂ Institute for Research and Coordination in Acoustics/Music), a French organisation that explores the science behind music and sound. Chef de cave Eric Lebel has been working with a semiologist to translate the words used in the notes of the Krug tasting committee to describe champagne as music. They’ve even gone as far as constructing a 14-seater yurt in the garden of their newly renovated premises in Reims that is dedicated to this sensorial experience.

We listened to a few pairings in the new tasting room, which, of course, was fitted with an impressive sound system during the renovation. One particularly dramatic score, a thunderous Baroque number with hair-raising string obligatos, was used to introduce their latest ‘soloist’ release,Â Clos d’Ambonnay 2002.

When this rockstar was bottled in 2003, Clos d’Ambonnay was still very much an experiment – and a top secret one too. The unique properties of this 0.68 hectare plot were first discovered in 1991 and the land was eventually purchased by Krug (one can only imagine at what cost) in 1994. They produced vintages 1995, 1996 and 1998 without telling anyone – even luxury goods conglomerate LVMH, who bought the brand in 1999.

It was codenamed ‘ABC’ (‘Ambonnay Clos’) and was revealed to the world in 2007 with the release of Clos d’Ambonnay 1995. Nowadays, it is gradually being replanted “the Krug way”. Over the last three years, half of the vineyard – 0.34 hectares – has been completed. Clos d’Ambonnay 2002Â is the fourth release of this ultra-exclusive champagne and justÂ 4,743 bottles and 240 magnums were made.

Our tasting concluded with the newest rosÃ© addition, Krug RosÃ© 23rd Edition NV. The ‘pink Grande CuvÃ©e’, which has been numbered since Edition 21, is the only prestige cuvÃ©e rosÃ© that utilises all three of the dominant champagne grape varieties. Somewhat overshadowed by its blanc sibling, the rosÃ© is nevertheless a real powerhouse, often coming up trumps in our blind rosÃ© comparisons.

Edition 23 has a considerable 56% reserve wine content, combining a total of nine different vintages. A selection of 2007 Pinot Meuniers from Saint-Gemme, a little-known Autre Cru on the right bank of the Marne valley, were added for their fruit structure; while some 2009 Chardonnay plots from TrÃ©pail, the prized Premier Cru in the Montagne de Reims renown for producing tropical white grapes, were chosen for vivacity and tension. 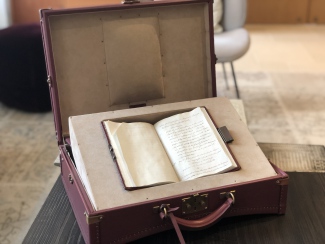 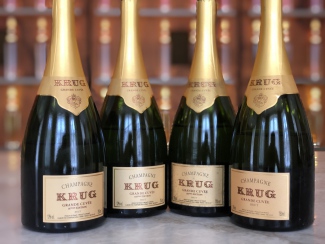 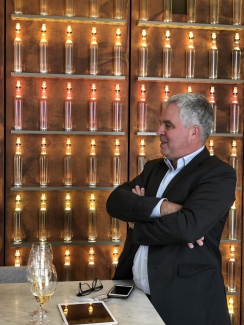 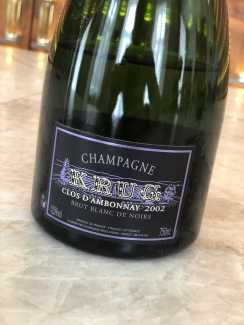 When Clos d’Ambonnay 2002 was bottled, the whole project was still top secret 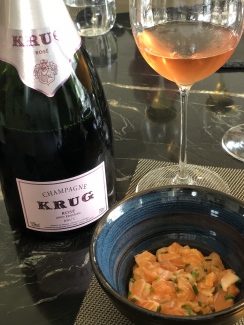