In the summer of 2018, the release of Louis Roederer Cristal 2008 caused a media frenzy. Cellar master Jean-Baptiste Lécaillon described it as “the most Cristal of all Cristals” and demand rightly soared. Prices rocketed in response and for a while it was the only champagne anyone seemed interested in.

For Lécaillon, Cristal 2012 marks “the next chapter.” After more than a decade of steadily transforming the vineyards to biodynamic farming methods, 2012 was the year in which Louis Roederer went “full speed on biodynamics”, finally converting all 45 parcels that make up the ‘Cristal Estate’ to biodynamic farming methods. Cristal 2012 is therefore the first 100% biodynamically farmed Cristal vintage. “We changed our viticulture, which will speak with time … we will see the wine showing its multilayered dimension,” Lécaillon told us during a visit to the house earlier this year.

Louis Roederer aim to “create a complicity with nature”, which is reflected in their respectful vineyard practices; such as massal selection, gentle pruning, allowing the land to lie fallow, and the use of biodynamic composts inspired by permaculture in which the ecosystem adjusts its balance.

“2012 is the next chapter. We changed our viticulture, which will speak with time… we will see the wine showing its multilayered dimension” – Jean-Baptiste Lécaillon, Chef de Cave

For Cristal Rosé, the biodynamic conversion took place even earlier, meaning that Cristal Rosé 2012 is already the fourth 100% biodyanmically farmed vintage. Produced in just 10% of the quantity of Cristal blanc, the four parcels that constitute the Cristal Rosé Estate – Goutte d’Or and Villers in Aÿ for the Pinot Noir and Montmartin in Le Mesnil-sur-Oger for the Chardonnay – have been 100% biodynamic since 2007.

During our visit this summer, Lécaillon spoke of how he has been paying close attention to the colour of Cristal Rosé, which has reduced in intensity in recent years. Cristal Rosé 2012 has a lighter, more salmon pink hue than Cristal Rosé 2008. The palate, by contrast, is more concentrated, displaying an added Pinot ripeness and texture over the 2008.

Though dosage is Lécaillon’s least favourite topic of discussion, he also revealed that both new releases have “the lowest dosage ever”; 7 g/l for Cristal 2012 and 8 g/l for Cristal Rosé 2012. We tasted both with Lécaillon alongside the previous release and – whether it is the biodynamic effect or not (just 40% of the Cristal parcels were farmed biodynamically in 2008) – were struck by the difference in personality between Cristal 2012 and Cristal 2008. Cristal 2008 was very closed at launch and, while Cristal 2012 is clearly still just a baby, it has a more approachable, palatable texture than its predecessor.

The vintage influence is of course not to be overlooked: 2012 was a warm year, 2008 a cold year. More post-disgorgement time will be necessary before any credible comparison can be made, but Cristal 2012 is at least as exciting a prospect as Cristal 2008 was upon release 18 moths ago, if not more. A mere glance at the press reviews below show that the critics, it seems, agree.

The result of over 10 years of reflection and experimentation, Cristal 2012 is the first-born from this new ear of complete biodynamic viticulture. Both Cristal 2012 and Cristal Rosé 2012 are available to purchase now. 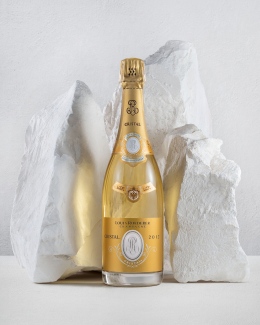 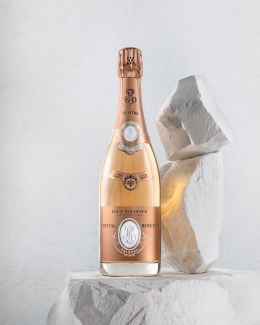 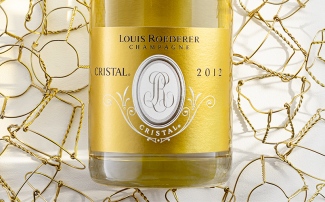 At 7 g/l, Cristal 2012 has the lowest dosage of any previous Cristal vintage 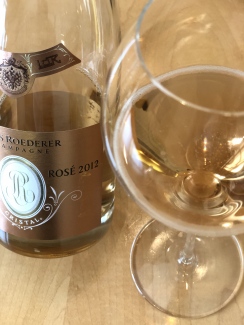