In the early 1950s, whilst on his first trip to the United States to promote Taittinger champagne, Claude Taittinger met Rudy Kopf, who would later become their partner for the distribution of Taittinger champagne on the other side of the Atlantic. After getting to know each other better, Kopf asked Claude the following question: “In tomorrowâ€™s world, there will only be space for big corporations and artists. Which side will you choose for Taittinger champagne?”. Instinctively, Claude Taittinger replied: “The artists!”; thus, setting out the direction in which he would take Champagne Taittinger when he took over as President 10 years later.

Having forged strong links with several artists, Claude Taittinger created the Taittinger Collection in 1983. He received support from some of the greatest names in contemporary art to showcase the best vintage Grands Crus produced by the Champagne House.

The bottle becomes both the canvas and the inspiration for a creation, signed by a distinguished artist. The Hungarian artist Victor Vasarely was the first artist to produce work for this unique art gallery, which to date includes a long line of designs by artists such as AndrÃ© Masson, Roy Lichtenstein, ImaÃ¯, Rauschenberg and Amadou Sow.

Brazilian photographer SebastiÃ£o Salgado produced artwork for the 2008 vintage Grands Crus, in the latest of these specially produced editions to date, released in 2016. These editions, produced in limited quantities, can be savoured using both the eyes and the pallet, or kept sealed as a memento. Further details about the full collection (including each individual vintage and artist) can be found here.

Due to the limited nature of these bottles, they are becoming increasingly difficult to source, particularly the original vintages from the 1980s. Full collections are especially rare.

However, we’ve managed to source an entire collection – all 13 bottles in their original presentation boxes. We are selling this Taittinger Collection Complete Set for Â£5,300.

We’re happy to put prospective buyers in touch with the private collector, David Cox (former CEO of The Benevolent, David has worked in the wine trade for over 30 years), who has stored each of the Taittinger Collection vintages in his private cellar. Please call us on 020 7359 1608 if you are interested. 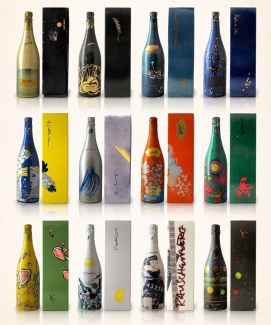 The collection (including gift boxes) from vintage 1978 to vintage 2002 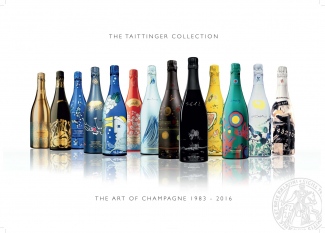 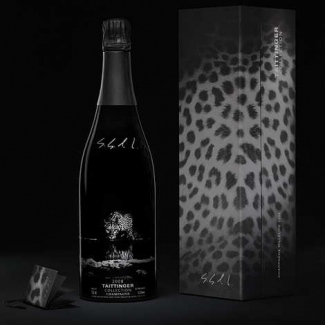