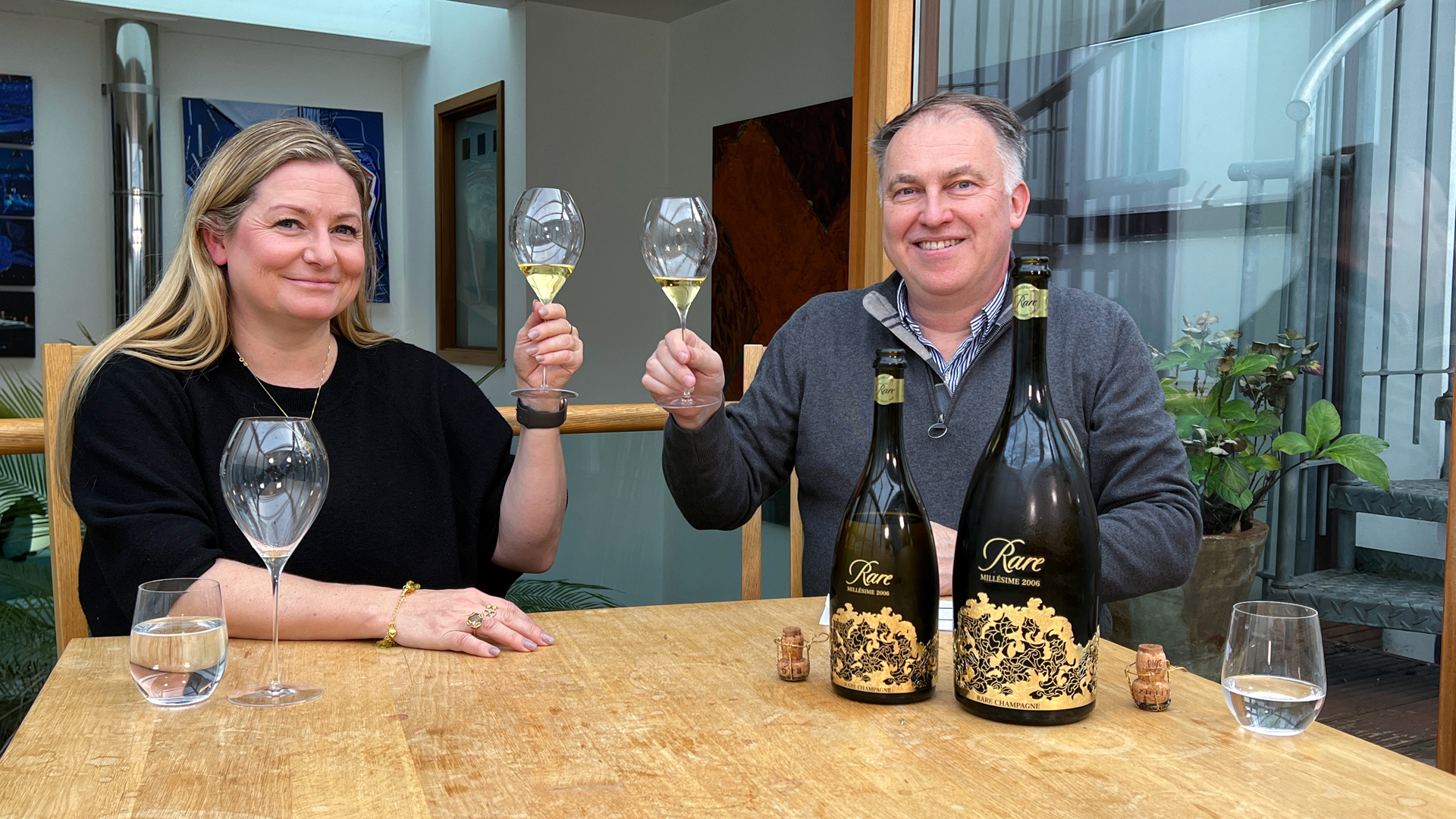 Today on The Friday Bubble with Essi Avellan MW and Nick Baker ; Rare 2006 in both bottle and Magnum.

Rare recently released the magnum of the 2006 vintage, so what better time to compare alongside the bottle version.

Champagne Rare is a truly unique prestige cuvée. In the summer of 1976, an unprecedented heatwave struck France, the likes of which the Champagne region had never experienced before. Piper-Heidsieck’s winemaking team at the time began to wonder: could it be possible to create a cuvée given the remarkable conditions? Taming the natural forces was no easy task and when assemblage was complete and the final blend bottled, the team were so proud of the final product, they called it Rare. The brand started as Piper-Heidsieck Rare and in 2019 this became simply Rare. These cuvées are only produced in these exceptional years: 1976, 1979, 1985, 1988, 1990, 1998, 1999, 2002, 2006, 2007 & 2008. In 2018 a new rose cuvee was released with 2007, now followed with 2008 and 2012.

The 2006 vintage was a year of mixed weather. It began with a rainy spell and late spring, but with little or no frost in the vineyards. Early summer was positive, with the months of June and July creating perfect conditions for flowering. Although there were some storms in late-July, the overall health of the vines was great since the weather remained hot through to the harvest with spells of rain in August promoting even healthier grapes.