Slowly, steadily, the Champagne region has begun to accept that it must evolve. AsÂ Millennials lead the charge toward teetotalism, recent evidence has shown that alcohol consumption is decreasing, forcing the drinks industry as a whole to respond. It would appear that the modern boozer favours artisanal products; handcrafted drinks with an interesting backstory – as verified by the meteoric rise of craft beer and organic wine.

As the popularity of Prosecco and other ‘hip’ sparkling wines continues to soar, Champagne must also adapt. Perhaps more than any other wine appellation, it has a stuffy image – the pomp, esoteric choice drink of parents and grandparents – that it must shed if it wishes to attract younger palates.

In this technological age, consumers demand information like never before. Digital advances have made it possible to share information with ease and Champagne houses are gradually embracing technology that facilitates transparency. Many producers now have QR codes on their back labels and some of the larger grandes marques even have dedicated smartphone apps, both of which, combined with an internet connection, can be used to obtain even the most minute details of production.

However, the region’s metamorphosis is not occurring at the stratosphere of the big brands. It is not the men in suits sitting in shiny offices in Reims, but rather the menÂ (for it is almost always men) in jeans sitting on tractors in remote vineyards, literally and metaphorically at the very edges of Champagne, that are stoking the flames of revolution.

It began with Anselme Selosse and his cult-like following of students in the 80s and 90s. A pupil of Burgundy, he believed in low yields and organic viticulture before it became trendy, and his winemaking philosophy centred around terroir.Â A true heretic, the champagnes he makes at Jacques Selosse are some of the most sought-after in the world. As his reputation grew, his winemaking methods became folklore and before long, a legion of progressive followers began flocking to his winery, desperate to learn from the sage. Perhaps the most committed and successful of his students was a man named Olivier Collin; a man who could now rightly be considered the deputy of the coup.

One of Ulysse Collin’s most distinguishing factors is its remote location. Situated in Congy, the drive from Reims took us more than an hour. We travelled the length of the Montagne de Reims, through the centre of Ã‰pernay and past the famous villages of the CÃ´te des Blancs, all the way down to the Coteaux du Morin, a region of mixed farming land in the south-west of Champagne, where we met Olivier Collin (quite early!) on an unusually wet and windy morning in June.

Warm and welcoming, Olivier, dressed in the requisite uniform of a new age champagne grower (jeans and a Barbour jacket), ushered us inside his cabin-like tasting room and began telling us the story of Ulssye Collin, who have been growing grapes in this rural southwest corner of the CÃ´te des Blancs since 1812. “We had always sold our grapes and then, in 1987, my father rented all 8.7 hectares to Pommery,” Olivier told us. Like many before him, Olivier caught the wine bug in Burgundy and eventually, having spent a year simultaneously studying law and interning with Anselme Selosse, he was inspired to buy back the company.

He managed to acquire the first 4.5 hectares in 2003 and the remaining 4.2 hectares in 2005. “For 20 years the vineyards had not been ploughed,” said Olivier, who immediately purchased a tractor and began working the soil, which is at the very centre of his viticulture. “Ploughing is very, very important; the quality comes from the roots, not the leaves.” He also ditched fertilisers and decreased the subsoils to up the overall microbiological activity, which is key “to making a good terroir champagne”.

The purpose from the outset was “to be a little different.” Influenced by his Burgundy days, Olivier saw the future of Champagne in single vineyard production. He was not quite the first to produce single vineyard wines (Krug and Philipponnat were already making Clos du Mesnil and Clos des Goisses at this stage, though, as Olivier noted, “in reality they have a tiny production”), but he was certainly alone in embracing them as his veryÂ raison d’Ãªtre.

The principles of singularity and expressing terroir are nowadays the signatures of his estate. Olivier produces exclusively single-vineyard champagnes made from naturally farmed fruit. He tried to go 100% organic in 2012, but lost the majority of his crop to powdery mildew and is therefore nowÂ “organic in a pragmatic way” (which means not certified), claiming 70% of his vines areÂ cultivated organically.Â His focus during harvest is on a well-balanced yield – “too low and you miss ripeness, too high and you lose density and concentration.” In general, acid levels are around 7 g/l at Ulysse Collin, with good maturity and a low pH of around 3.05.

His work in the cellar is similarly straightforward, with an emphasis on minimal interference. He uses native yeasts and as little sulphur as possible (the aim isÂ 50â€“65 mg/l), and the wines are topped off with minimal dosage (a maximum of 2.4 g/l) and bottled at a lower pressure than most. All of his base wines come into contact with oak and the reserve wines are aged in barrels and casks. Each cuvÃ©e is disgorged twice a year, the perfect time being mid-February, “when it is cool and there is no oxidation risk” and before “temperatures and workloads in the vineyard increase.”

Not just a vigneron and chef de cave, Olivier has business acumen to boot. He still sells 3.4 ha of his grapes to Pommery (though he assured us that by 2025, he will have much more wine to sell under his own label), the money from which goes toward increasing the proportion of reserve wines. “In the beginning I could hardly afford to keep any [reserve wine]. But I’ve had a proper system since 2012.” His blends in 2018 for example, were 80% reserve wine. Olivier has also been bottling 200 magnums of each cuvÃ©e since 2015 and now has more than 200,000 bottles in stock. “It is better to keep bottles when you are rich,” he quipped.

TheÂ six different champagnes in the range (from five different lieux-dits) and the years Olivier first bottled them are: the three Blanc de Blancs, Les PierriÃ¨res (2004), Les Roises (2008) andÂ Les Enfers (2010); a Blanc de Noirs and a RosÃ© de SaignÃ©e, both from Les Maillons (2006 and 2011, respectively); and Jardin d’Ulysse (2015), an area co-planted with all three grape varieties.

Of utmost importance to Olivier is his homeland, La Coteaux du Petit Morin (originally VallÃ©e du Petit Morin),Â which he believes has been unfairly equated with the neighbouring CÃ´te de SÃ©zanne for too long. HeÂ is an animated educator, endearingly keen on his craft, and he frequently referred to the detailed maps that adorn the walls of his house. PierriÃ¨res, Roises and Enfers are all located in the north of the 970 ha Morin, where the high-limestone soil is opportune land for Chardonnay vines. Maillons, on the other hand, sits on higher-clay profile soil near the border of 1,200 haÂ CÃ´te de SÃ©zanne.

As you will see from our tasting notes below, the Ulysse Collin range can get somewhat confusing. Olivier isn’t strict about the vintage content, as “it is very difficult to produce single vineyard champagne with one vintage … some vintages need some time, or the addition of reserve wines.” Thus, halfway through our tasting we were informed that the ‘Vintage 2007’ actually had 30% reserve wine from 2006, and so on.Â Therefore, while some champagnes are in fact a ‘pure vintage’, others are technically NVs (or MVs).

To further muddy the water,Â the vineyards weren’t labelled on any of his champagnes until 2008; Les PierriÃ¨res and Les Maillons were originally simply ‘Blanc de Blancs’ and ‘Blanc de Noirs’. There is alsoÂ no website nor any promotional literature to provide clarity – “just a Facebook page.” Olivier does a poor job of hiding his satisfaction at the quirky complication of his range. “It’s necessary to come to the domaine to understand!” he laughs.

During his first year in charge, the notoriously challenging 2003, the vines were too badly affected by frost and Olivier was forced to sell off his grapes. His first official vintage was therefore 2004, in which he produced 5,500 bottles of a single wine – the chalky 1.2 hectare Chardonnay plot, PierriÃ¨res. Launched as Blanc de Blancs 2004, Olivier showed us his very last bottle(!) and one if his last four magnums.

At Les PierriÃ¨res, there is 10-15cm of topsoil, meaning the roots are embedded in the chalk (“with the flint”, which Olivier mentions often) and the vines are, on average, 40 years old. The wine undergoes partial malolactic fermentation – the “best of both worlds … you still have the freshness but don’t have to increase the sulphites” – and they are incredibly energetic.

In the grapes fromÂ Les Maillons,Â Olivier is looking for lots of phenolic maturity, thus he typically harvests them a week later than the Chardonnays. The average vine age is 50 years old, the clay is a brown colour quite like that found in the Montagne de Reims and the soil is much richer in iron. Around 18,000 bottles of Les Maillons are currently produced each year.

Though he uses the taille from his Chardonnay plots (it is vinified and aged separately, then blended in a year or more later –Â he rates its “robust and rich texture”), Olivier does not use the taille from Les Maillons, in favour of keeping the wine as fine as possible. “The kinetic evolution is much quicker in Pinot Noir than Chardonnay because of the structure of the grapes.”

The latest vineyards added to the portfolio, Les Roises and Les Enfers, are both located in Congy, sitting on a flinty chalk bedrock topped with the dark brown iron-rich clay soil that so charms Olivier. Les Roises, on the left of the village, is planted with 65 year old vines that yield around 40hl of juice; Les Enfers, on the right of the village, is a tiny 0.6ha oriented to the east. “East-facing vineyards are a good thing for the future of Champagne what with the temperatures increasing.”

Since he began in 2004, Olivier is proud to have sold around 250,000 bottles and is now producing 50,000 a year, making Ulysse Collin “the most important single vineyard producer in the region.” He has no desire to monopolise the voguish single vineyard category though and is delighted to see a burgeoning interest in the different subregions of Champagne. “It is good for the overall global image [of Champagne].”

Alongside other innovative growers like Anselme Selosse and CÃ©dric Bouchard, Olivier has positioned himself right at the epicentre of the alternative terroir movement that is currently all the rage with younger consumers. Olivier hopes to develop in a “dynamic way”, working with genre disrupting Noble RotÂ in the UK for example, and by promoting by-the-glass pours. “The problem for us is that our champagnes need to be tasted, preferably with food.” 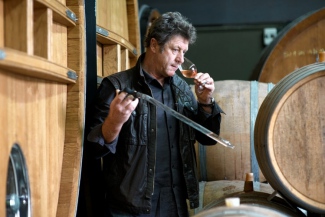 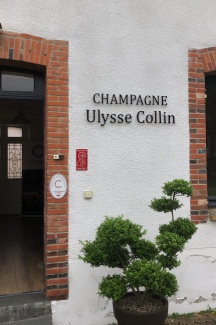 The domaine is located in the far south of Champagne, in a rural village named Congy 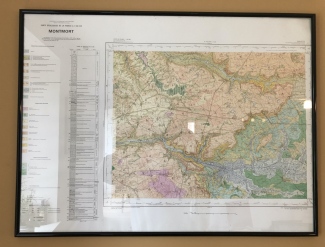 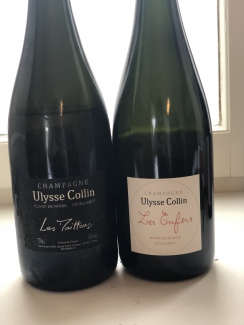 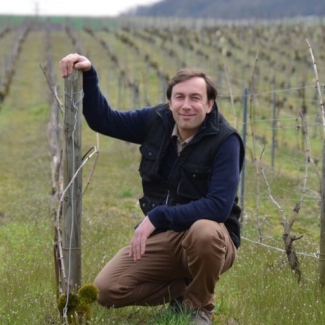 Olivier Collin bought back his family’s vineyards in 2003 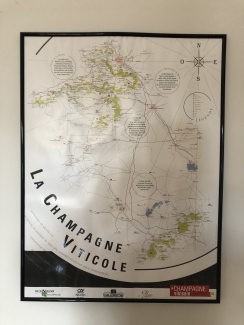 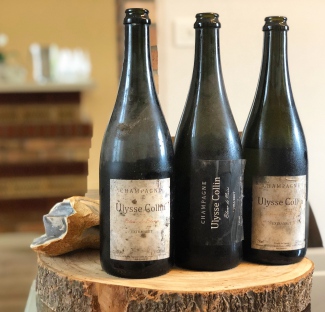 Some of the first bottles produced, including the very last Blanc de Blancs (Les PierriÃ¨res) 2004