Just weeks before our scheduled appointment at Veuve Clicquot earlier this summer it was announced that cellar master Dominique Demarville would be leaving at the end of the year, having served thirteen of them in charge. Somewhat shocked by this news – the role has been held until retirement unanimously by prior incumbents – we were also saddened, as it meant that our upcoming visit to Clicquot would likely be the last with Demarville at the helm.

Fortunately, he had prepared a tasting that we were unlikely to forget anytime soon. With the hype surrounding 2008 still very much alive and kicking, Demarville decided to highlight the vintage from Clicquot’s perspective, showing the non-vintage blend based on 2008; the prestige cuvée La Grande Dame 2008; Vintage 2008; and the rosé equivalents of the vintage champagnes.

“The potential of ageing for the 2008s is fantastic,” said Demarville. To illustrate his point, we began with a magnum of Yellow Label NV, their flagship champagne which accounts for an astonishing 85% of production (and 92% if you include the brut rosé, which is based on the same blend). We were told that the four pillars of Yellow Label are power, intensity, freshness and silkiness.

Demarville chose to show one of the magnums, which are aged on the lees for two years longer than the bottles, stating, “the magnum effect is often greater than we think.” In 2008, just 29% reserve wines were used in the non-vintage blend (typically this figure is 40-45%; a testament to the power of the vintage), primarily from 2007, 2006, 2005 and 2004, with just a dash from 1993 (“reserve wines are like the spices we use in the kitchen”).

Originally released in 2015 (the current base vintage for magnums is 2012), base vintage 2008 shows just how well Yellow Label NV can age. A champagne not typically produced with long-term ageing in mind, it is still ripe, fresh and crispy more than seven years post-disgorgement; only just now starting to show hints of dropping off its peak.

Though it is custom in champagne tastings for the vintage tier champagne to follow the non-vintage and the prestige cuvée to then follow the vintage, Demarville showed La Grande Dame next and the Vintage Reserve last. He aims for lightness and freshness with the prestige cuvée, preferring power, richness and intensity in the brut vintage, which is why he switched their tasting order .”La Grande Dame is a wine in which freshness and brightness must be pushed, whereas the overall Veuve Clicquot style is full-bodied and rich.”

It speaks volumes of the time intensive nature of champagne production that La Grande Dame 2008, released earlier this year (which is of course now Demarville’s last at Clicquot), was the first he produced alone – no doubt a significant reason why many a chef de cave stay put for a career. It takes years, and sometimes decades, for the fruits of one’s labour to hit the market.

Vintage Reserve 2008 is the only champagne in the range with oak vinification. Five percent of the wines are aged in oak barrels (50% of which are one-year-old, 50% are brand new): “any more than 5% brings too much oakiness.” Whereas La Grande Dame is all energy and dynamism, Vintage Reserve is more open and round, a “very gastronomic wine” that is obviously a Veuve Clicquot more than it is obviously a 2008.

Both vintage rosé champagnes are identical blends to their blanc siblings, with 14% red wine added for colour and tannins. The red wine for La Grande Dame Rosé 2008 comes from the prized 1.6 hectare Clos Colin vineyard in Bouzy. This mid-slope plot sits “perfectly exposed to the south” and its 26-year-old Pinot Noir vines consistently produce astoundingly rich and complex wine, so good that Clicquot bottle some as a standalone Coteaux Champenois.

“There is always a bit of reduction in the rosé from the red Pinot Noir… which I love,” Demarville told us, comparing it to Chambolle, which has a similar line of elegance. La Grande Dame Rosé 2008, with its big, powerful nose and hint of bitterness on the finish, is apparently similar in style to the first vintage of La Grande Dame Rosé, 1988. Though it is now out of his control, Demarville believes the rosé could benefit from some further time maturing in the cellars, and hopes that “the rosé can be released a little later than the blanc in future”.

We concluded our tasting with two back vintages of La Grande Dame, as Demarville put it, “for fun”. The twist was that the younger La Grande Dame 1989 was an original disgorgement, having undergone 5 years lees ageing, with 8 g/l dosage; whilst the older La Grande Dame 1979 was disgorged just last year, after 38 years on the lees, and given just 4 g/l dosage.

This is an experiment of particular interest to Demarville, who, under the tutorship of the great Michel Feuillat, studied lees ageing in Burgundy. The question for Demarville is, should champagne be aged with longer lees contact and less dosage; or with fewer years’ lees ageing and more dosage? “For the first five to six years the lees give the wine peptides, amino acids, proteins etc,” he told us, “after this time they don’t give anything to the wine, but the amino acids and proteins [which are dependent on the vintage] continue the ageing process.” The answer to whether champagne should simply be left longer on the lees therefore, depends somewhat on the vintage.

Vintage differences aside, the younger 1989 certainly seemed more evolved than the older 1979, suggesting that longer lees ageing does in fact promote long-term youth and vibrancy. Both were produced by Demarville’s predecessor, Jacques Peters, who joined in 1979 and trained Demarville before passing the baton; a duty which now falls to Demarville, who will be succeeded by Didier Mariotti of G.H. Mumm at the end of the year. Mariotti will work alongside Demarville for the next three months, learning to be a custodian of the inimitable Clicquot style, before Demarville departs for Laurent-Perrier in 2020. 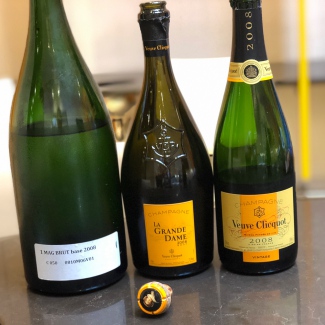 A non-vintage, prestige cuvée and vintage comparison of 2008 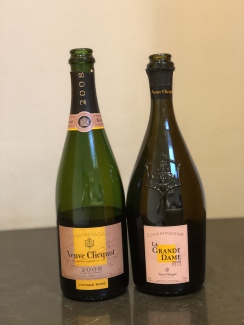 The rosé champagnes have more reductive notes from the red Pinot Noir, which Demarville “loves” 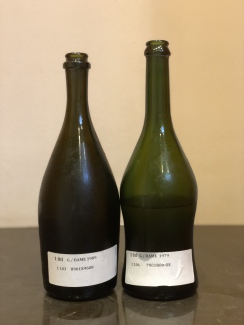 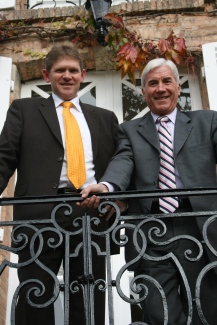