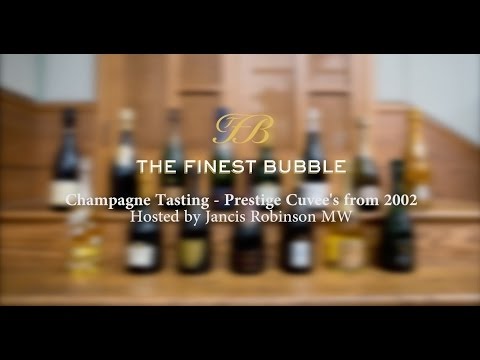 Back in October 2016, we hosted the standout Champagne tasting event of the year: a comparison of fifteen prestige cuvÃ©es from the legendary 2002 vintage. This event was truly one of a kind, the chance to taste Champagnes of this calibreÂ alongside each other is a real rarity. Champagnes like Jacques Selosse 2002 for example – only 36 bottles were released for the UK market – are so scarce that even we don’t normally get to taste them!

The Champagnes were of course blind tasted to allow for objective comparison and once again, we had Jancis Robinson MW presenting this world-class tasting experience. The format of the evening was to taste everything in pairs, with Jancis sharing her thoughts on each pair with guests then live voting – scoring each Champagne and attempting to guess their identity.

We filmed the event and the full coverage is available above. Alternatively, you can watch shorter clips of Jancis’ analysis of each pair below; just click on the image or follow the link beneath.

The 15 Champagnes we tasted in blind pairs were: 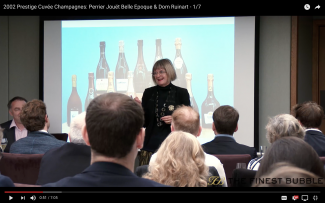 Jancis introduces the concept of a blind tasting and provides an introduction to the 2002 vintage as a whole. The room then tastes the first flight of two Champagnes, and after some discussion guests casts their votes on their identity. We then take a look at the data gathered before the Champagnes are revealed. 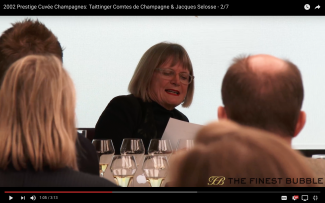 During Part 2,Â guests are served Taittinger and Jacques Selosse blind. This time Jancis correctly identifies them both and discusses her views on when Selosse should be served and her experience of tasting with Anselme Selosse in New York. 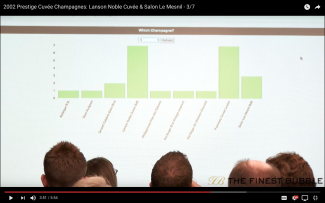 Jancis answer some questions from the floor regarding the alcoholic content of the 2002 vintage. The room then discusses the third pair of Champagnes (with more than a little confusion over Number 6), which are revealed to be Lanson and Salon. 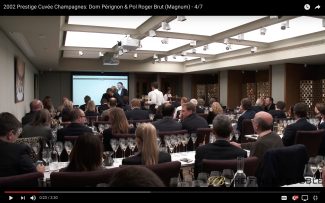 Guests taste the fourth flight of Champagnes. Everyone is surprised everyone when they are revealed to be Dom PÃ©rignon and Pol Roger Brut Vintage (from magnum). A great showing from Pol, the only ‘regular’ (non-prestige cuvÃ©e) vintage in the tasting. 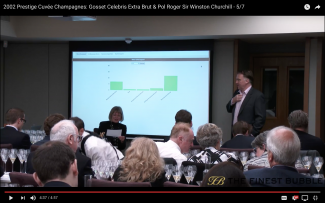 The fifth pair cause Jancis some doubt. After punting for Bollinger and Pommery, Jancis announces that Champagnes 9 and 10 are actually Gosset and Pol Roger Sir Winston Churchill. Still no sign of the elusive Pommery that everyone believes they keep tasting! 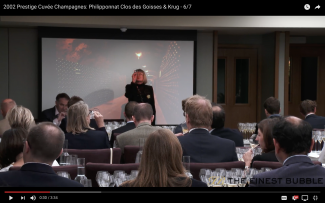 Next up isÂ Philipponnat and Krug. This pairs stumps everyone with Jancis describing number 11 as, “a wildcard in general”. An elusive pair as only TFB’s Nick Baker correctly identifies Krug 2002! 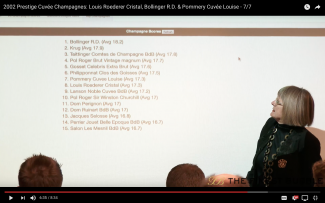 The final flight of three Champagnes are presented: Cristal, Bollinger andÂ Pommery (finally!).Â Jancis then discusses the overall scores on the evening and announces that Bollinger R.D. 2002 received the highest average rating.