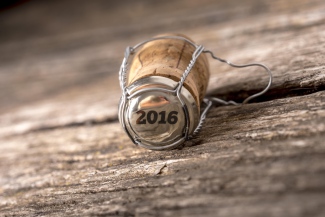 If you follow The Finest Bubble you’ll know that last month we took on the challenge of reporting on the 2016 vintage, visiting ten Champagne houses with Essi Avellan MW and tasting their Vins Clairs (base wines) with the winemakers. Allowing ourselves just two and a half days for our all-inclusive tasting around the various wineries in Aÿ, Épernay and Reims, our visits were as insightful as our itinerary was packed.

Back in February, we published an article entitled 2016: No Celebration for Champagne and highlighted the many climatic difficulties the region faced in the 2016 growing season. Severe April frosts destroyed much of the Chardonnay in the Côte des Bars; hail struck the Aube region in force; heavy May/June rainfall brought downy mildew and botrytis; record low sunshine levels stinted growth; and an August heatwave shrivelled and burned grapes on their vines. A meteorological exception, the 2016 vintage was initially written off and declared by many to be the most difficult growing season in Champagne since the 1950s.

However, the weather is only half the story. Now that the grapes have been picked and pressed and the consequent juice undergone first fermentation, assemblage is in full swing and the winemakers have their first real indication of the potential of the vintage. The ten houses we visited are listed below with a summarising quote from each winemaker – click the link to view the full report. 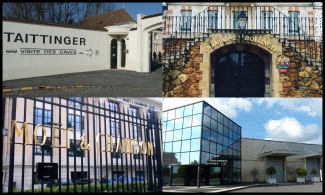 Bollinger
“At this stage, the year’s event, analytical profiles, harvest dates and health conditions all resemble those of a beloved Bollinger Vintage: 1988! Let us hope that the tastings to come will confirm this hunch and that the traditional Champagne saying, ‘août fait le moût’ (August determines the must) will prove true!”

Bruno Paillard
“A difficult year, we were most surprised to harvest the Chardonnay after the Pinot Noir.”

Charles Heidsieck
“July was scary… lots of downy mildew. But we couldn’t believe our luck when the weather dried up for September. The harvest was perfect. Pinot Noir was good in most places, but Chardonnay from the Grand Crus was fantastic.”

Gosset
“It is a very good year to make a non-vintage. I’m not sure we will see a vintage, but that can be a good thing – in vintage years, NV’s suffer.”

Krug
“It was a difficult vintage. It will be a year expressed by great Pinot Noir, particularly from the south of the Montagne de Reims. The 2007 vintage was the last growing season that caused Krug this much stress.” 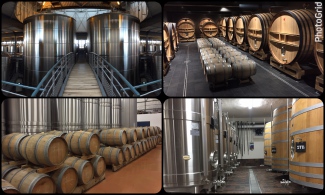 Lanson
“It was an exceptional vintage, but not for its quality… completely pessimistic in June – we thought it was bad for quality and quantity. It is a good vintage, but not a great vintage, I am sure… a good quality year for non-vintage Champagne.”

Louis Roederer
“We should let nature speak more… surprise us. People say 2016 is a bad year for Chardonnay, but that will be the secret of the vintage – to play well with Chardonnay.”

Moët & Chandon
“The Chardonnay was picked at the end of the campaign, which is highly unusual. The (Pinot) Meunier was slightly under-ripe and astringent at first yet still fresh and supple, but the Pinot Noir from the Marne and Côte des Bar showed great structure.”

Taittinger
“Taittinger will definitely make a 2016 Comtes de Champagne…. using the riper grapes picked towards the end of the harvest. The Chardonnay was very closed at first, very tight – but it opened up and transformed in January.”

Veuve Clicquot
“We will not be declaring 2016 a vintage. It was a very bad year at the beginning, but thankfully the harvest was good. We can maybe do a few bottles of La Grande Dame in 2016 because of the strength of Aÿ.” 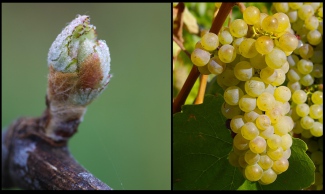 Each of our visits began fairly similarly; with a realistic description of each winemaker’s pessimism during the spring and summer of the growing season, matched only by their sanguine surprise at the conversely ‘perfect harvest’. A common theme discussed at each house was the unusually slow development of the Chardonnay grapes and consequently confused harvest. Typically, the annual growth cycle (period from flowering to picking) lasts slightly longer for the black grapes than the white grapes. However in 2016 the reverse was true, with an average reported ripening period of 85-88 days for the Pinot Noir and 94-96 days for the Chardonnay. Consequently, many houses picked their Chardonnay grapes after their Pinot Noir grapes – a highly unusual occurrence and one Louis Roederer’s Jean-Baptiste Lécaillon described as: “the first time we essentially had two harvests.”

Indeed, many houses even reportedly halted the Chardonnay picking mid-harvest, as the grapes ‘paused’ in their maturation. Bollinger believe the houses brave enough to delay the harvest and pick the Chardonnay much later than usual were rewarded with a much riper purity of fruit; a conclusion with which we were forced to agree after comparing base wines made from Chardonnay picked in mid-September with those made from grapes picked later in the month. 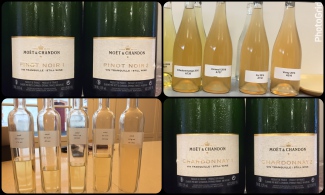 The 2016 was vintage generally better for Pinot Noir

Comparing the specific grape varieties, the general agreement across the region was that 2016 was a year for the black grapes. Veuve Clicquot – a Pinot dominant house –  experienced particular success, with Dominique Demarville declaring Pinot Meunier “the star of the year” and stating that the strength of the Pinot Noir from Aÿ alone may allow for a La Grande Dame 2016 blend. After repeatedly tasting fresh, balanced and red fruit abundant Pinot Noir’s – especially from the southern villages of the Montagne de Reims (Ambonnay, Aÿ, Bouzy, Trépail etc) – we again quite quickly found ourselves in agreement. The power of the Pinot Noir’s was also reiterated by Krug’s Eric Lebel: “It will be a year expressed by great Pinot Noir”; and Moët’s Amine Ghanem: “The Pinot Noir from the Marne and Côte des Bar showed great structure” – two men whose Champagne knowledge we hesitate to disagree with.

However, this by no means implies the Chardonnay should be forgotten. With most producers reporting powerful black grape base wines, the difference in the quality of the Champagne end-product will no doubt reflect each winemaking team’s ability to express the Chardonnay wines – an idea introduced to us by Roederer’s Lécaillon: “People say 2016 is a bad year for Chardonnay, but that will be the secret of the vintage – to play well with Chardonnay.” So, whilst considered a weaker year for the white-skinned grape, it may ultimately become the key ingredient that defines vintage Champagne from this season.

Furthermore, it being a weak year for Chardonnay was not a completely universal conclusion. With 2016 being a particularly unique climatic season and weather trends varying greatly from region to region, the quality could be a result of the geographical location where the grapes were grown. Stéphane Lipreau, assistant winemaker at Charles Heidsieck shared a different review when comparing the grape varietals: “Pinot Noir was good in most places, but Chardonnay from the Grand Crus was fantastic.” Indeed, Stéphane suggested that, bought from the correct plots, 2016 Chardonnay has the potential to be just as fresh and structured as its black grape equivalents.

Whilst talking location it is interesting to note that towards the end of the week having tasting a considerable number of base wines, we began to notice one particular village consistently outperforming others. That village was Villers-Marmery; rare due to its Chardonnay dominant production, yet location in the north of the Montagne de Reims (a largely black grape growing region). In a year where much of the Chardonnay in the Côte des Bars and other southern vineyards was destroyed due to difficult weather cycles, it emerged that houses fortunate enough to own or source Chardonnay from the more unusual northern plots are clearly producing much livelier and exciting Chardonnay base wines. Location, location, location is a truer adage in 2016 than ever before.

Nevertheless, the general consensus was that whilst the vintage finished with a miraculous climatic recovery during harvest, wines from 2016 lack the power to give the year legendary potential. However, this isn’t always a bad thing. Gosset’s Odilon de Varine first shared with us a sentiment that was supported throughout the week by other winemakers: “It is a very good year to make a non-vintage. I’m not sure we will see a vintage, but that can be a good thing – in vintage years, NV’s suffer.” The point Odilon and others after him are making is that in vintage years wines from the best villages will typically be utilised in the production of a vintage Champagne or prestige cuvée. However, with these blends not being produced, higher quality wines can thus be used in the house non-vintage and added to the reserve stocks.

We tasted four completed non-vintage blends with a 2016 base: Bollinger Special Cuvée NV, Lanson Black Label NV, Louis Roederer Brut Premier NV and Veuve Clicquot Yellow Label NV and also the first trial blend of Moët & Chandon Imperial NV. The majority reflected 2016’s subdued strength, with many winemakers opting for a higher reserve wine content than typical – Veuve Clicquot’s Yellow Label is as high as 47% this year. Another contributing factor is of course the lower yield of the 2016 vintage, which forced many producers to rely more heavily on their reserves, rather than utilise all of the freshly harvested wine. Overall, the finished blends we tasted had wonderfully broad fruit characteristics, nice refreshing acidity and surprising length; a testament perhaps to the increased contribution of wines that would otherwise be retained for the vintage Champagnes.

That said, not every house is dismissing 2016’s potential to produce a vintage. We tasted trial blends for prestige cuvées at two houses: Clos Lanson 2016 and Louis Roederer Cristal 2016, whilst Taittinger’s Loïc Dupont confirmed there will be a Taittinger Comtes de Champagne 2016. There is also potential for Krug Clos d’Ambonnay 2016, Krug Clos du Mesnil 2016 and Veuve Clicquot La Grande Dame 2016 – although respective winemaker’s Eric Lebel and Dominique Demarville told us it is too early to be certain of their production.

Overall, the underlying trend we noted for the different grape varietals in 2016 was as follows; 1) Chardonnay: a richness and purity of fruit, particularly in base wines produced from grapes sourced in the northern vineyards; 2) Pinot Meunier: impressive power and length; and 3) Pinot Noir: dense red fruit characteristics and nice fresh acidity.

To summarise, the 2016 vintage was exceptional. Weather patterns not seen for decades have left the Champenois with a unique challenge ahead. Hopefully, reporting on the Vins Clairs will become an annual event for The Finest Bubble, so perhaps when we return to the region we will be able to re-taste and track the development of the 2016 base wines – as always, our findings will be posted on the website. Any excuse to return to Champagne! 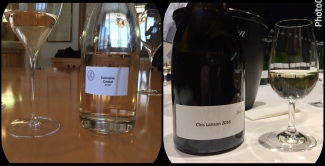 But for now, the waiting game begins: the first non-vintages with a 2016 base will begin to hit the market in mid-2020, the earliest vintage Champagnes will arrive in 2022 and any prestige cuvées are not likely to be seen until around 2024-2028. The curse of great fine wine: patiently awaiting it’s lengthy production!

– An extremely difficult growing season; the worst climatically since the 1950s
– Very unusual harvest with Chardonnay being picked after the black grape varieties
– Reduced yields has led to a higher reserve wine content in non-vintage blends
– A stronger year for Pinot Noir and Meunier compared to Chardonnay, although;
– Chardonnay grown in the north appears to be of much higher quality
– A good year for non-vintage Champagnes, though some prestige cuvées will still be made