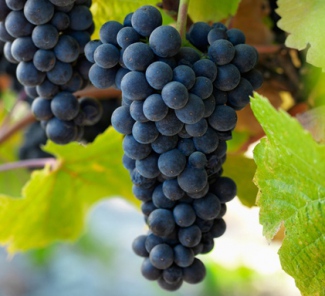 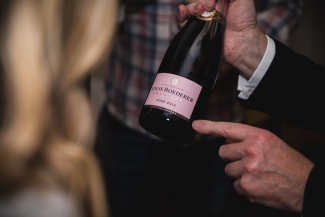 With the release ofÂ Louis Roederer Cristal 2008Â earlier this summer and the release ofÂ Dom PÃ©rignon 2008Â expected imminently, vintage 2008 has been all the talk recently. However, whilst 2008 has been dominating headlines, a few noteworthy champagnes from another outstanding vintage have been released largely without notice. That vintage is, of course, 2012.

The year started poorly in 2012, with a disastrous growing season of frost, hail and disease damaging vines and reducing yields all over the region. Conditions improved dramatically in August though, and the dry and warm weather leading up to and throughout harvest produced a small but tremendously healthy crop.

Following the exceptional harvest, Louis Roederer Chef de Cave Jean-Baptiste LÃ©caillon commented: “The quality is outstanding.Â It is a great vintage. Probably better than 1996 and close to 1990 on average, but in some special locations it could well be better than that â€“ closer to a 1947?” With such sky-high expectations,Â 2012 seems set to break the emerging tradition of a legendary vintage occurringÂ atÂ six year intervals (1990, 1996, 2002, 2008).

Despite low yields â€“ in some places half of the maximum permitted â€“ the base wines showed exemplary maturity and acidity right from the off. The first indication of 2012s prowess comes from the house non-vintage champagnes that currently have 2012 as their base year. Two such examples areÂ Louis Roederer Brut Premier NV and Pol Roger RÃ©serve NV, which both show incredible richness and ripe fruit character.

The release of a few vintage 2012 champagnes earlier this year have afforded us a much clearer insight into the potential and character of this already fabled vintage. First on the market wasÂ Louis Roederer RosÃ© 2012, awarded 95/100 by Essi Avellan MW – an impressive score for a champagne so young. With an already elegant and delicate style but holding plenty in reserve, it is tasting sublime now and will age beautifully for years to come.

Next out wasÂ Louis Roederer Brut Vintage 2012, alsoÂ awarded 95/100 by Essi Avellan MW. A champagne that improves with every tasting, its complex, intense and fruit forward personality is even more pronounced from magnum. And finally, the just -releasedÂ Taittinger Brut Vintage 2012Â proved a hit at our recent Evolution of Champagne Masterclass, one of the highest rated champagnes of the night.

In short, a year of extreme weather has produced champagne of extreme quality. The vintage releases on the market are tasting sublime already and promise the patient consumer ample reward should they be cellared for a few years. Although a while away from release, we are left eagerly awaiting the prestige cuvÃ©es from 2012 already. This is without doubt the next-best vintage to follow 2002 and 2008.