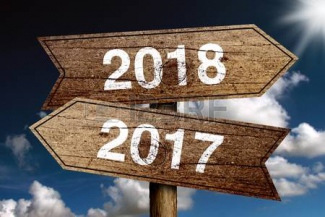 Many will look back on 2017 with disappointment and disdain, taking solace solely from the fact that it is nearly over. It seems every year is dubbed ‘a year like no other’ come late-December, but this one was particularly dramatic: a year of Trump, Brexit, nuclear threat, hurricanes, sexual misconduct, a solar eclipse and a general feeling of increased political instability. However, as with all things, we look at 2017 through a purely Champagne-tinted lens and find a year of exciting releases, including entirely new champagnes, re-releases of antique treasures and new vintages of our favourite prestige cuvées. Below, we highlight the best of the bunch – a sort of Champagne zeitgeist, if you will – presented by brand in alphabetical order.

Charles Heidsieck
Our journey back through 2017 begins with Charles Heidsieck and perhaps the most exciting champagne story of the year. During our visit to the house in Reims in August, cellar master Cyril Brun gave us a unique insight into one of the most exciting projects the region has seen in years. After tasting Charles Heidsieck’s entire inventory upon joining the house (tough day at the office!), Cyril decided they had enough volume available to sell some of the older vintages. This treasured oenothèque collection, which includes champagnes as old as 1966 and features vintages from the 70s, 80s and 90s, has been named ‘Collection Crayères’, in homage to their historic cellars. The limited stock is all original release and was made exclusively available at Christie’s auctions in London and New York. The Finest Bubble were fortunate to secure a range of bottles, magnums and jeroboams, all presented in their original wooden cases, which are now available to purchase (see below) – please call or email if you are interested. 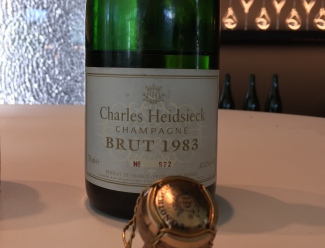 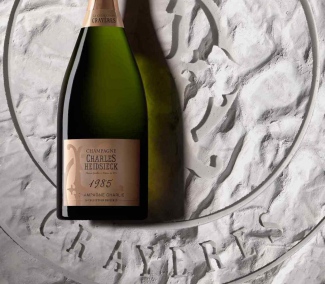 Dom Pérignon
A year of champagne releases wouldn’t be complete without a Dom Pérignon vintage release – which is occurring more often than not in this century of global climate change. The house didn’t produce a 2007 vintage (only the second of the decade – alongside 2001 – not made) and skipped the 2008 release, launching 2009 first – a decision being emulated all over the region. Officially launched in June, a gold medal was immediately awarded to Dom Pérignon 2009 at the CSWWC 2017, although it wasn’t made available until September. Also revealed earlier this year was Dom Pérignon P2 2000 – the latest Plénitude 2 release – which has now spent over 15 years ageing on the lees, reaching new dimensions of complexity in the famous cellars in Épernay. 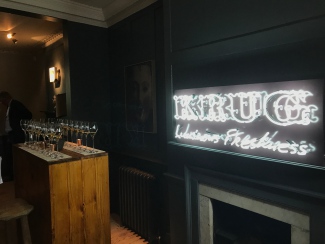 Krug
Likewise, no comprehensive champagne article would be complete without mentioning the celebrated house of Krug. This year we were given a new vintage: Krug 2004, and a new Grande Cuvee: Edition 164 NV. Krug 2004 marks three consecutive Krug vintages – the first such occurrence since the trilogy of 1988, 1989 and 1990 – and, interestingly, 1989 was released before 1988, also the last occurrence of a non-consecutive release, prior to 2003 being released before 2002. Krug Grande Cuvée Edition 164 NV was notable for being based on the already highly acclaimed 2008 vintage and is a promising insight into what we can expect from Krug 2008 – although it will be some years before we are allowed to taste it.

Lanson
Early in the year, Lanson released what is likely the last prestige cuvée from 2002 to hit the market: Lanson Noble Cuvée Blanc de Blancs 2002. We tasted it prior to its release at our prestige cuvées from 2002 tasting and were struck by its astonishing youth then: with another two years on the lees this is a surefire stunner, its quality confirmed by a gold medal at the CSWWC 2017. Although already released, the house also officially launched their Lanson Noble Cuvée Brut 2002 in late November. 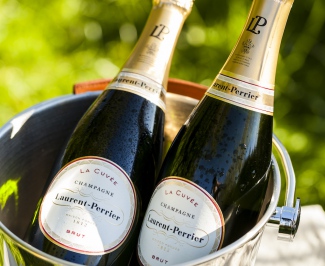 Laurent-Perrier
It’s unlikely any other producer had as momentous a 2017 as Laurent-Perrier. Structural changes in management and sales were ushered in alongside a renovation of their famous premises in Tours-sur-Marne. However, most groundbreaking was the news that their brut non-vintage blend – the fifth best-selling champagne in the world – was to be discontinued. Capitalising on new oenological developments, the house replaced their classic non-vintage with an entirely new blend: Laurent-Perrier La Cuvée NV, fittingly released with a freshly designed label. Impressively, La Cuvée was one of the few non-vintages to be awarded a gold medal at the CSWWC 2017, justifying what was a bold move by Laurent-Perrier HQ. Their current vintage champagne also transitioned to Laurent-Perrier 2007 in the summer.

Louis Roederer
An in-between year for Cristal releases, 2017 was quiet in terms of new products for Louis Roederer. In terms of acclaim however, it was anything but. The most celebrated house at CSWWC 2017, cellar master Jean-Baptiste Lécaillon collected an unprecedented number of awards, including a World Champion NV Brut Blend trophy for Louis Roederer Brut Premier NV, five Best in Class winners – such as Best Champagne Vintaged Blanc de Blancs for newly released Louis Roederer Blanc de Blancs 2010 – and ten gold medals and one silver for other champagnes in their extensive range. 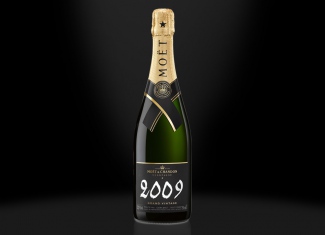 Moët & Chandon
This most-famous of champagne brands also had an interesting year. Their 73rd grand vintage, Moët & Chandon Grand Vintage 2009 was released in late-October and we tasted it alongside the previously release, Grand Vintage 2008 with cellar master Benoît Gouez. In a year that has witnessed much comparison between these two vintages – with 2008 generally being heralded as the next legendary harvest – Gouez shared with us why he favours 2009. “Great champagne is made from ripe grapes and if we had waited a little longer in 2008, it would have been a better wine,” he told us. Judging the weather and deciding when to pick is always a gamble and in 2008, Moët started too early. Determined not to make the same mistake twice, Gouez was patient with the 2009 harvest, picking at the optimal time and consequently producing a balanced champagne with great ageing potential.

Palmer & Co
Newly listed on our website, Palmer & Co are an exciting brand that revealed their latest vintage champagne in 2017: Palmer & Co Brut 2009. Their expression of this warm and sunny vintage is fresh and forward and represents incredible value for money – just £39.95 per bottle when buying twelve! 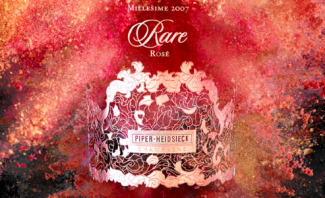 The first ever rosé prestige cuvée from Piper-Heidsieck

Pol Roger
The year began with aplomb for Pol Roger, with the exciting launch of Pol Roger Brut Vintage 2008. As one of the first 2008s on the market, expectation was already high and exploded into pandemonium when Pol declared it their “greatest ever vintage” – a review we have since come to agree with. The year then ended with the release of the newest prestige cuvée: Pol Roger Sir Winston Churchill 2006 – a round and magnificent champagne, described by Jancis Robinson MW as “impossible to spit”. 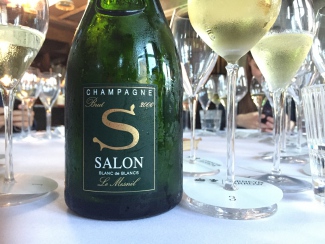 Salon
This ultra-prestigious house released the latest vintage of the single champagne in their range – Salon Le Mesnil Blanc de Blancs 2006 – in the summer of 2017. Only the 40th vintage of Salon since the first ever release in 1905, just 53,000 bottles of Salon 2006 were produced. Impossibly fine, with linear acidity and enviable balance, this is classic Salon. 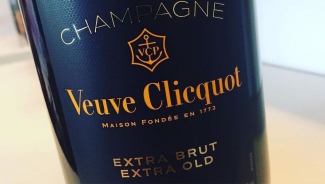 EBEO: One of the most exciting new releases of 2017

Taittinger
One of the oldest houses in Champagne and one of the region’s few household names, Taittinger rarely have a quiet year. In 2017, they transitioned their current vintage from 2008 to Taittinger Brut Vintage 2009, a champagne that has been warmly received – picking up well-deserved silver medals at both the CSWWC 2017 and the International Wine Challenge 2017.

Veuve Clicquot
What would otherwise have been a relatively timid year for Veuve Clicquot, instead evolved into a transformational one with the release of a brand new champagne: Veuve Clicquot Extra Brut Extra Old NV. It is rare that a new release stops the wine trade in its tracks, but Clicquot’s London launch of their exclusive new reserve wine blend in April dominated social media in the days following. Made entirely from reserve wines from 2010, 2009, 2008, 2006, 1996 and 1988, Extra Brut Extra Old NV is a champagne like no other and one that cellar master Dominique Demarville intends to re-create every year. Good news for champagne lovers everywhere. 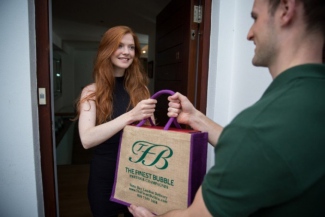 Conclusion
So not all doom and gloom, then. Whilst undoubtedly an uninspiring year for global politics, assessing 2017 in terms of champagne only (which we thoroughly recommend), yields every reason for celebration. So when reflecting back on the year come Sunday evening, whilst sipping a nice glass of your favourite fizz, remember the important thing – no matter how bad it gets, we have champagne.

The Finest Bubble
This year has also been a busy one for The Finest Bubble. In 2017, as well as keeping up with all of the above exciting releases and making them available on our website, we: 1) Launched our two-hour same day delivery service in London, 2) Completed a comprehensive redesign of our entire website, 3) Released the latest edition of our portfolio: a 34,000-word, 56-page Champagne encyclopaedia, 4) Hosted numerous private and public tasting events and dinners, including two prestige tastings at 67 Pall Mall, presesnted by Essi Avellan MW and Jancis Robinson MW, 5) Received a gold medal for Champagne List in London at the inaugural Wine-Searcher Retailer Awards and came runner-up for Champagne Specialist of the Year in the Decanter Retailer of the Year Awards 2017, 6) Visited Champagne multiple times, including trips to twelve champagne houses to taste the 2016 Vins Clairs and conduct research for our Prestige Cuvée vs Vintage Champagne Tasting, and 7) Featured in many media publications, such as The Financial Times, FT How To Spend It, Decanter and Jancis Robinson.com. Here’s to a prosperous 2018!