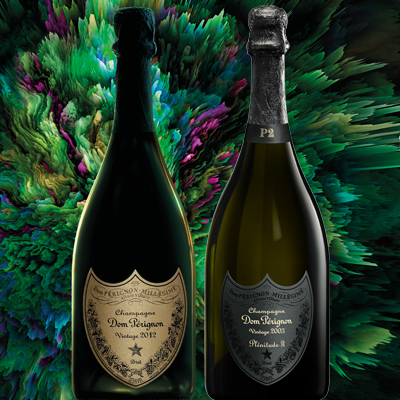 Our next live tasting on Instagram is very special, join us for our masterclass on Dom Perignon with Chef de Cave Vincent Chaperon joined by wine critic Essi Avellan MW from Helsinki.

Dom Pérignon is an iconic wine with an unrivalled heritage made only from Chardonnay and Pinot Noir from the best Grands Crus villages, plus some Pinot Noir from the Premier Cru village of Hautvillers. Often considered one of the founding fathers of Champagne itself, the Benedictine Monk Dom Pierre Pérignon spent forty-seven years working in the historic Abbey of Hautvillers pursuing his ambition to create the "best wine in the world".

Today, that legacy lives on, Dom Perignon is a brand that has maintained super high quality while producing many bottles. The champagne has a balance between freshness of fruit and that tension and power that give the champagnes amazing long-ageing ability. Today Chef de Cave, Vincent Chaperon continues the work of allowing the personality of each vintage to express itself and compliment it with the famous House style, rather than simply re-creating an identical blend each year. Dom Perignon House style is what we call "super reductive" and during our live tasting Essi will help you understand these technical terms while Vincent will share his thoughts on the key facts of the vintage that have influenced the champagnes.

You can buy the champagnes here

Dom Pérignon is only available as a vintage champagne and is only produced in exceptional years. Each vintage is a creation, singular and unique, that expresses both the character of the year, and the character of Dom Pérignon. After at least eight years of lees ageing in the cellars, the wine enters its first phase of interest, Plenitude 1, showing quite youthful fruit and broad texture from the lees contact. The signature Dom Pérignon aromatic is that "hint smoky" character a result of the reductive winemaking where they go to extreme lengths to keep each step of the winemaking process free of oxygen.

At the time the P2 2003 was made Richard Geoffroy was the chef de cave and he always hailed 2003 as his "favourite" vintage, more because of the challenge of being able to make a great champagne in a year where the weather was trying hard to make it impossible. In the end I think it is fair to say Richard triumphed over the hot weather and managed to make a champagne that is looking much better in its second release P2 form that it did on its first release. There is no doubt it has a "big character" you can see lots of full flavour, but there is an underlying freshness and beauty of the texture from long lees aging that I didn't see in the P1. This has been aged on cork since bottling in 2004 and I wasn't expecting to see so much freshness and elegance. This is by far the standout champagne from 2003.

You can buy the bottle to join the tasting here