On the 29th June 2016 The Finest Bubble will be hosting an exclusive tasting of Cuvée Sir Winston Churchill from Pol Roger. The Champagne that legend has it was created for the late great Sir Winston Churchill himself. In the illustrious line up there will be the following amazing seven vintages, 1988, 1996, 1998, 1999, 2000, 2002 and 2004, half of them from both bottle and magnum and the "icing on the cake" Churchill 1988 from Jeroboam; the only vintage of Churchill that has been released in a Jeroboam! Pol Roger tell us they haven’t been involved in a tasting where quite so many Churchill vintages are in one tasting. Only fourteen vintages have been released and tonight you can taste seven of them!

The precise formula is a family secret, but invariably true to the style that Sir Winston himself preferred: robust, full-flavoured and mature; we suspect Pinor Noir is dominant in most releases with 30-40 per cent Chardonnay. 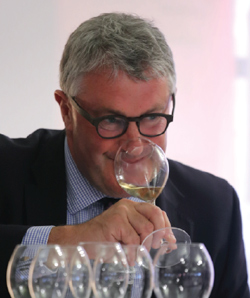 Our host for the evening is James Simpson MW - James took over as Managing Director of Pol Roger Ltd at the beginning of 2015 having previously been the Sales and Marketing Director. He has worked with Pol Roger Ltd since 1993 and holds the much coverted Master of Wine which he gained in 1992 at the age of 27, making him the 3rd youngest person to gain the title. James knows everything you need to know about Champagne Pol Roger and is the ideal person to take us through the amazing line up of their top Cuvee, Sir Winston Churchill.

The venue will be at 67 Pall Mall - Founded by wine lovers, for wine lovers, 67 Pall Mall is a unique private members' club. In the heart of historic St James's, Sir Edwin Lutyens' magnificent building is being transformed into a luxurious, convivial and welcoming clubhouse. Here, members will be able to enjoy access to some of the finest and rarest wines in the world, direct from the Club's extensive cellars.

The founders' disappointment at being unable to enjoy fine wine at sensible prices is what originally prompted the development of 67 Pall Mall and the goal is to encourage members to pull the cork and discover a new wine as and when they wish. Having already attracted 1,000 members, it's opening in October promises a new era for the world of wine in London and we are thrilled to be hosting our second keynote tasting again with 67 Pall Mall.