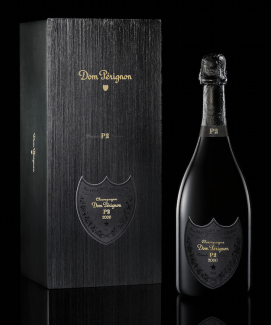 As the sun shone through the windows of aÂ grand diningÂ room in the majestic Rosewood Hotel in London yesterday, winemaker Vincent Chaperon introduced the newly launched Dom PÃ©rignon P2 2000.

Vincent began by acknowledging that vintage is a difficult category for the Champagne region. With 95% of the appellation’s production being non-vintage Champagne, it can be difficult to portray the prestige message of vintage releases. Vincent told us that the house tackle this by showcasing the character of the year. “Consistency can be boring,” he commented. “We attempt to re-invent every vintage.” 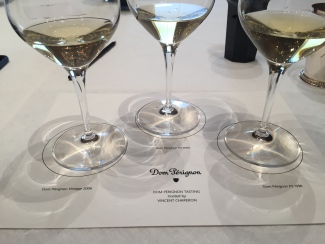 This is partly achieved by allowing nature to express itself. Vincent explained: “Our Chardonnay-Pinot Noir balance changes every year. This is not a rigid maths equation, it is a balance of expression.”

The concept of Dom PÃ©rignon’s differing ages of peak maturity was first introduced by Chef de Caves, Richard Geoffrey in the mid-1990s. Initially these mature vintages were made available under limited release called “OenothÃ¨que” – referring to the name of the site holding the inventory. However, in 2014 the house re-branded the concept as “PlÃ©nitude”, specifically referring to the threeÂ defined stages that Dom PÃ©rignon seems to take in its life and development.

The first release (P1) comes approximately 8 years after the harvestÂ and is the style that most are familiar with (currentlyÂ Dom PÃ©rignonÂ 2006). The second stage (P2) takes roughly 15 years, during which time the cuvÃ©e takes a profound leap to a new quality level where it will plateau for many years in terms of improvement. Finally, the third plÃ©nitude (P3) will see the champagne ageing another 20-30 years until it reaches its ultimate peak.

Worth noting was Vincent’s eagerness to clarify the difference between ageing and maturation. “Maturation is not ageing. Ageing is simply oxidation in the bottle. Maturation is the development process while the Champagne is on the lees,” he explained. 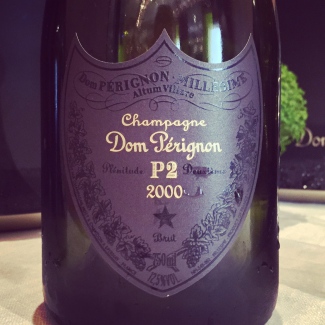 There are a few key differences between Dom PÃ©rignon P1 2000 and Dom PÃ©rignon P2 2000. First and most obvious is time spent maturing on the lees: 6 years for the initial P1 release (disgorged 2007) compared to 15 years for the P2 release (disgorged 2016). Second is the closure used during this maturation period: P1 is sealed with a crown cap and P2 is sealed with a cork. “The advantage of the cork stopper,” Vincent told us, “is that after 10 years we have observed that the cork is better atÂ preserving the freshness and vibrancy of the wine.” This is a topic touched on here, but one we will explore in more depth in a future article. Third is the differentÂ dosage levels: 7 g/L for the first release vs 4 g/L for the second.

At the launchÂ with Vincent, we tasted the newly released P2 2000 alongside its predecessor P2 1998. Comparing them both, we found thatÂ the P2 1998 has started to show much more mature characteristics as opposed to the ‘fruit bomb’ it wasÂ on release nearly three years ago. In contrast, the P2 2000 is much fresher, livelier and more youthful. It has a real fruitful energy that is both exciting and complex.

With the concept of plÃ©nitude only instigated by Geoffrey in the 90s – and with 12 years to wait before tasting the first expression – the house only laid down a minuscule amount of magnums. Consequently there are very few available, and those that are are mainly reserved for tastings. As always, if and when any do become available, The Finest Bubble follower’s will be the first to know. 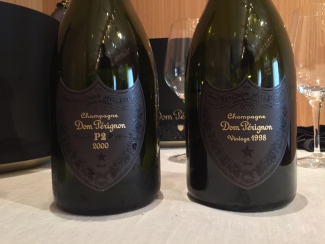 Dom PÃ©rignon P2 1998
Loads of honey character and burnt sugar notes. Appears quite mature at thisÂ stage, but still has great acidity. Has undergone 100%Â malolactic fermentation adding complexity and a slight buttery personality. Seems to have lost some of the fruit bomb character it had on release three years ago though.

Dom PÃ©rignon P2 2000
Abundance of toast notes and bread richness. Lot of lemon, lime and vanilla notes on the nose. Rich, ripe apple comes through on the palate matchedÂ with a delicate creaminess. The acidity seems quite soft, but it has great tension. Has aÂ surprising spiciness and loads of energy!Â Great mouth-feel and length retainedÂ after 30 minutes in the glass. Very, very good.

Although launched, anÂ official purchase date for Dom PÃ©rignon P2 2000 has not yet been revealed. However we have been told that it willÂ likely be available around May/June, meaning you will be able to taste this exciting new vintage release and compare it to its predecessor yourself in just a few week’s time.