RÃ©gis Camus, legendary Champenois and eight-time sparkling winemaker of the year, is a man of many secrets. In 1997, as Cellar Master of Rare Champagne (the prestige brand of Piper-Heidsieck) he decided not to declare a vintage. Seeing something unique in the wines of that year, he chose instead to blend a small quantity of Rare 1997 in magnums only, and age them secretly in his private cellar.

Rare Le Secret High JewelleryÂ features a single precious one carat jewel – a choice of diamond, ruby, sapphire or emerald – embedded in the heartÂ of interwoven bands of gold set with 510 diamonds. Gold and platinum threads run down each bottle, representing the blend of Chardonnay minerality and Pinot Noir intensity, while the 24 carat, solid gold muselet is the very first of its kind in champagne. The presentation case is equally decadent, with a mirrored interior that reflects the cuts of the precious stones used in each bottle. Just ten magnums are available worldwide, for an eye-watering Â£115,000.

Rare Le Secret GoldsmithÂ is described as a ‘minimalist delight’. The gold label boasts flowing lines and wonderfully decorative typography. Inside the matte black case is a golden mirrored interior,Â which reflects the stunning minimalist creation. Just one thousand magnums were made, each one engraved and numbered, priced at Â£1,150.

Laure-Isabelle, creative director at Mellerio, commented of the collaboration with Piper-Heidsieck: “Marie-Antoinette is a natural link between our maisons.” This link dates back to 1780, when the Queen of France is said to have acquired a Mellerio bracelet formed of seven cameos embellished with garnets. By the time she was presented with Rare Champagne a few years later, she was already a loyal Mellerio customer.

Camus seems equally pleased with the end result, adding: “Rare Le Secret has turned out to be a masterful stroke of intricate finesse.” 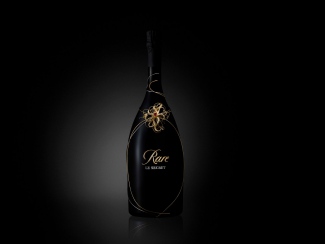 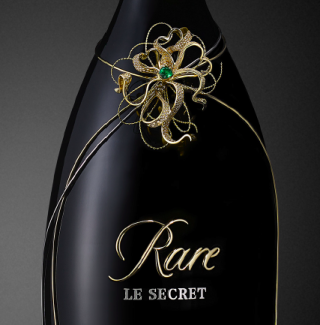 Each bottle is embedded with a one carat jewel 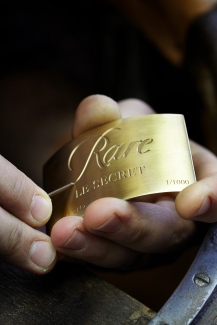 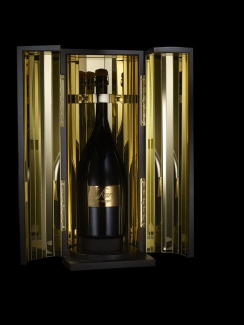